(ABC 6 News) — On Thursday, Pine Island boys track and field won the Section 1A Championship, among those leading the way was Jarod White.

The senior Panther anchored his team’s 4x400m relay win in what has already been a fantastic week for White as is. On Tuesday, White broke the Minnesota state record in the pole vault, a whopping 16 feet and two inches.

"I knew that it was coming down to the end of the season and I really wanted to make this height," White said. "It was [a] big height and I never really came close to it throughout the season. But then I started peaking at the right times and jumping a lot better at the end of the season like I did last year too, so…

"…I definitely think after the event, whenever I got to stand at the award station, I really realized that I finally accomplished my goal and I finally made it and made it a reality and was able to achieve what I have been striving for throughout the whole season."

Even with his name now in the record books, White’s still not even close to done. He actually set a goal of 16 feet and five inches at the start of the season. White still hopes to reach that at State before he heads off to North Dakota State this fall. 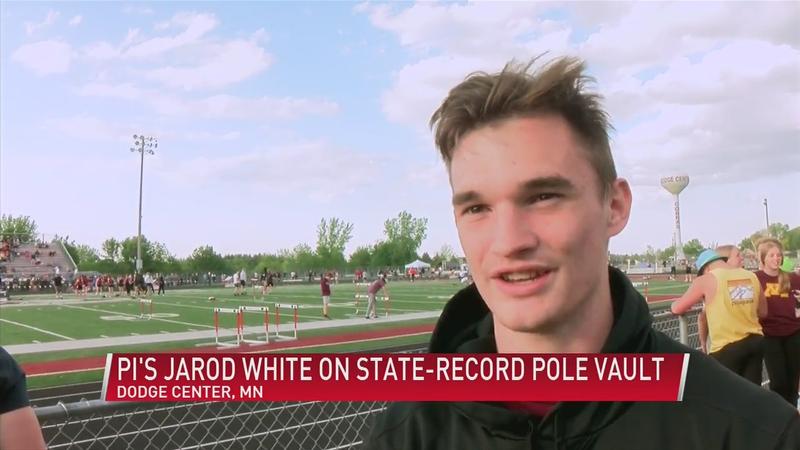