Borowski racks up strikeouts early, but errors doom Bears in loss to Winona

(ABC 6 News) — With beautiful weather Friday, Byron fans were happy to get out in their lawn chairs and support both the baseball and softball teams who were playing at home.

The boys managed to rally and get a 6-3 victory over Zumbrota-Mazeppa to remain undefeated, but for the girls, their game against Winona was one full of sloppy errors.

Former Prep Athlete of the Week Macy Borowski struck out several Winhawk batters early but errors in the 3rd inning allowed the Winona to score at least 7 runs and they would go on to get the 12-2 victory. 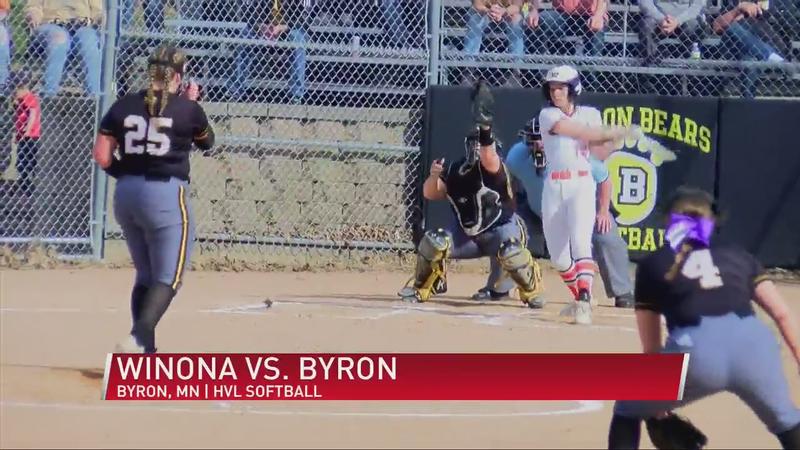