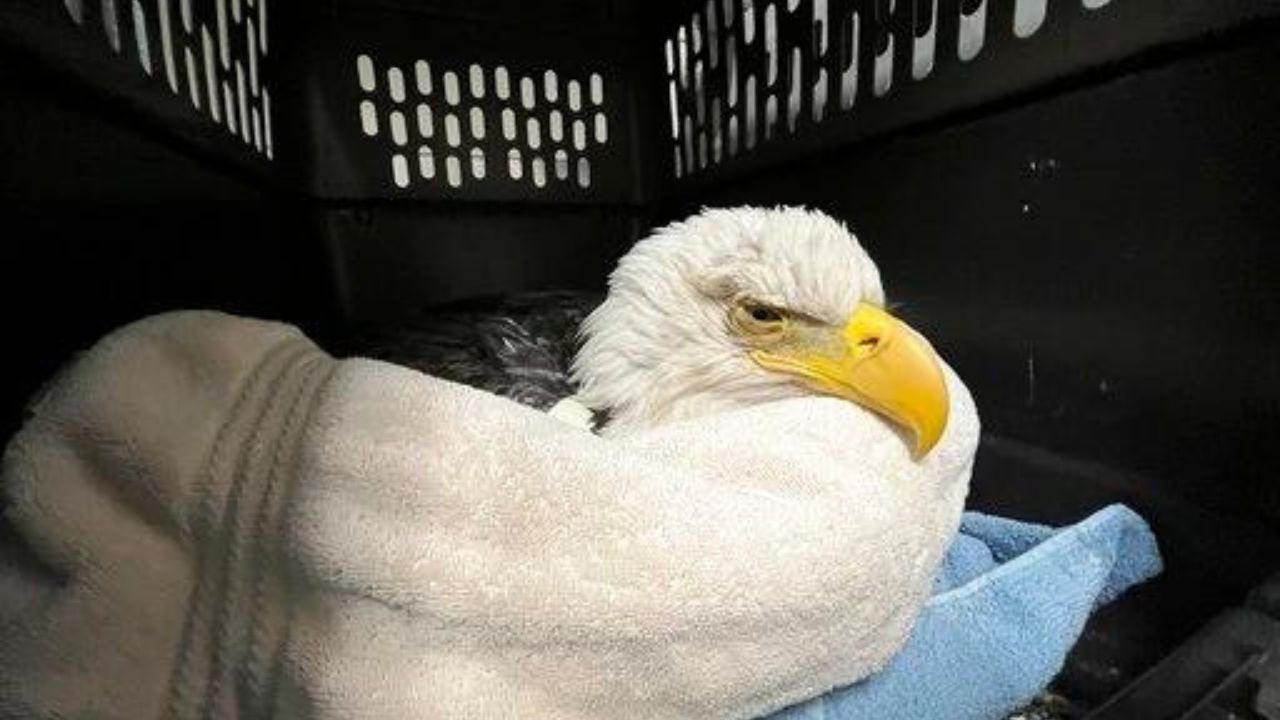 A bald eagle likely poisoned by scavenging the carcasses of euthanized animals that were improperly disposed of at a Minnesota landfill is seen at the University of Minnesota Raptor Center, in Minneapolis. (Courtesy of The Raptor Center via AP)

MINNEAPOLIS (AP) — University of Minnesota officials have released a half-dozen bald eagles found poisoned near the Twin Cities back into the wild.

Minnesota Public Radio reported that 11 eagles were found poisoned near a landfill in suburban Inver Grove Heights in early December.

The university’s raptor center determined the eagles were suffering from a euthanasia solution. They may have consumed the chemical by scavenging the carcasses of euthanized animals left at the landfill. One of the eagles that died also had avian flu.

The university’s raptor center setup a fund that raised over $19,500 to help pay for the eagles’ care.