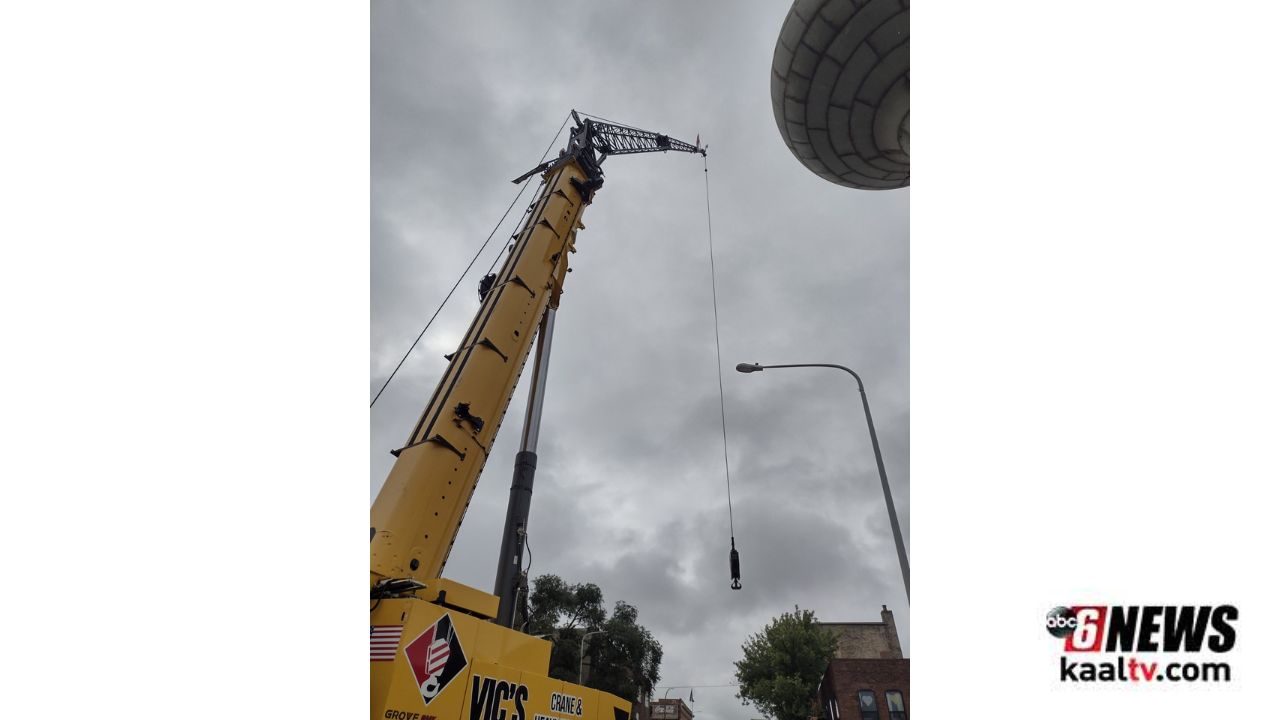 Crews are putting the final pieces in place for the new water tower on Fountain Street.

East Main Street between Newton Avenue and the Shell Rock River bridge will open the middle of next week, weather permitting.