A look back at the history of Mayo Clinic

(ABC 6 News) – Opened in 1889, Saint Marys Hospital is one of the most famous hospitals constructed in America, but how the idea came to be from a very destructive tornado.

On August 21, 1883, an F5 tornado touched down just northwest of Hayfield, and it ravaged northern Rochester. It killed at least 37 people and injured more than 200 others. The damage from this tornado cost about $700,000, or $15 million today.

Realizing swift action was needed, Dr. William Worrall Mayo and sons, William and Charles, used a local dance hall as an emergency room for those with injuries. Their nurses came from an unlikely source.

Sister Tierney Trueman, part of the current day Sisters of St. Francis, said "Now she knew the Mayo’s and Dr. W.W. came to her and asked if the sisters could help take care of the injured." 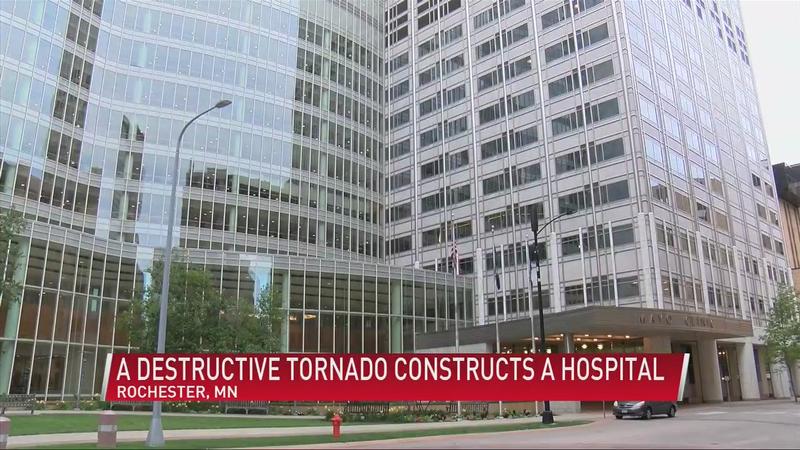 Needless to say, people were skeptical they would be able to raise the money, including Mayo.
Sister Tierney explained why. "He was totally opposed. At that time, people only go to a hospital to die. We’d never be able to raise enough money."

However, if they did raise it, Mayo and his two sons would serve as doctors and surgeons and staff the hospital once it was complete.

The most surprising thing about this agreement: There is no official, legal document of this agreement. It was a simple handshake between Mayo and Mother Alfred.

Matthew Dacy, the Director of Heritage Hall in Mayo Clinic, said "The values of Mayo Clinic and our model of care really began with that handshake, and everything we have today has preceded from it."

The Sisters of St. Francis did various things to raise the money from sewing clothes to giving singing lessons. They raised the money despite their contractor pulling out and having some of their funds stolen.

Nearly a century and a half later, the bond between Mayo Clinic and the Sisters of St. Francis remains strong as ever.