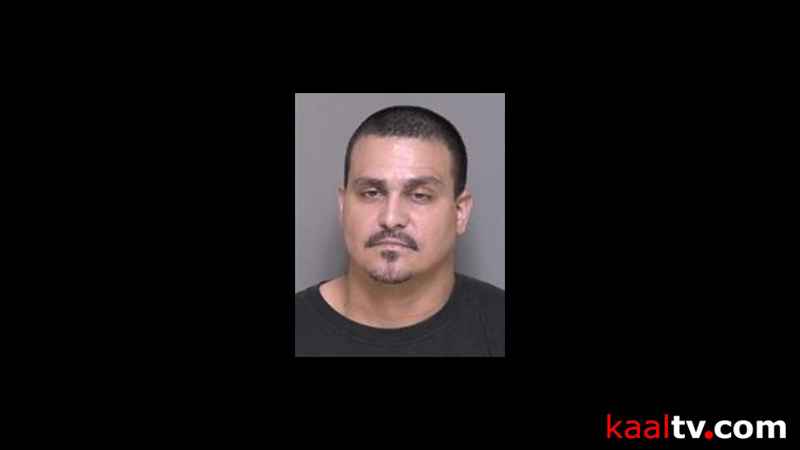 (ABC 6 News) – A Rochester man has been arrested after law enforcement officials say he assaulted a woman multiple times at the end of November.

The Olmsted County Sheriff’s Office was called to a home in northwest Stewartville for a domestic assault that had happened earlier.

Deputies arrived and spoke with a 29-year-old woman who said throughout the day November 30 and into the afternoon of December 1, 33-year-old Randy Rocha had assaulted and threatened her on and off.

She told deputies it started when they were back from out of town. She said during the trip Rocha had gotten upset about something and started threatening her and even pulled over the car at one point to continue making threats.

When the two got back home she went to bed but woke up a while later to Rocha assaulting her. At one point he took out a knife and threatened her with it. During the altercation one of the woman’s front teeth was broken.

The woman told deputies she was assaulted on and off throughout the day and into the night. During one of the incidents, he reportedly grabbed a steak knife from the kitchen and lunged at her while making threats. The woman received a cut on her arm.

The woman was eventually able to find an old phone without service to contact a third party who then called 911.

When deputies arrived Rocha was not at the home. The woman refused medical treatment.

On Friday around 4 p.m., deputies were joined by the Rochester Police Department to locate Rocha.

Investigators with the police department located a vehicle known to be driven by Rocha at Oak Terrace Estates in southeast Rochester.

Rocha was seen leaving one of the residences before getting into his vehicle and driving north on Marion Road.

Officers followed Rocha to a Casey’s gas station down the road where they parked and got out. The two officers approached Rocha’s vehicle, one on each side, and told him he was under arrest.

Rocha opened his door and ran. Officers used a taser on Rocha after seeing him reach for his waistband several times during the chase.

Officers found about two grams of meth on Rocha as well as about 28 grams of meth in his vehicle. Officers also found an airsoft pistol in the driver’s side door of the vehicle.

Following Rocha’s arrest, one of the officers was taken to the hospital for a knee injury sustained during the chase.