Cars lined up before it even started at 7 p.m. to see the live set of Mary, Baby Jesus, Joseph, The Wise Men, angels and even live donkeys and sheep.

Although it was free to drive through, donations were being accepted for local food shelves.

This was put on by members of the Zwingli United Church of Christ at Berne with what started last year as a holiday event during the pandemic but has returned this year.

"We did it last year just because of COVID and we thought everybody needed something to do to get out of the house but we had such a large turnout last year and we just thought it was really fun so we decided to do it again," Teri Dose, a committee member of the Zwingli United Church of Christ at Berne, said. Dose helped organize this event. 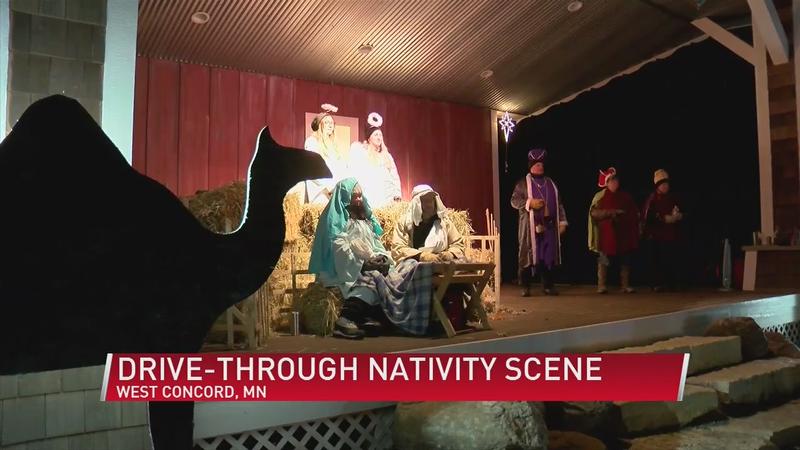 Visitors could listen to the Christmas story on the radio while they drove through the scene. Some people even looped through more than once.

People came from cities like Rochester and even Pine Island to see the live scene.

If you missed out this year, don’t worry. The organizers said they will be doing it again next year.