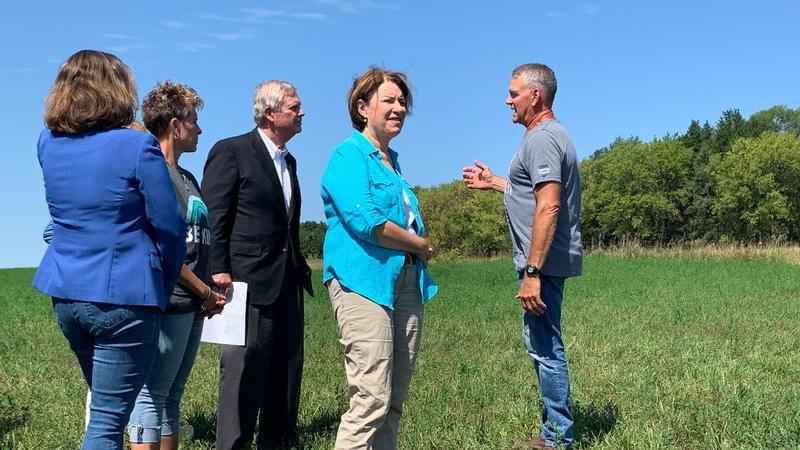 (KSTP)- More of Minnesota has slipped into "extreme" (42.2%) and — for the first time — "exceptional" (7.37%) drought conditions, according to the Minnesota Department of Agriculture.

"Your heart goes out every time you come on a farm like this," Vilsack said. “The reality is that our structure — our support structure — isn’t really designed for the challenges of today."

Chip Callister, who has been farming since 1984, said the pastures aren’t producing enough for his calves to eat, due to the drought.

"The pasture is pretty much burned up, pretty much done,” Callister said. “I’ve been feeding my winter storage hay in the summer."

But the drought conditions also mean Callister can’t hay as many of his fields that he’d often sell for $7 or $8 per bail.

Vilsack urged lawmakers to make it easier for the USDA to get resources out faster to farmers, which he says can be done in the pending legislation, including the infrastructure and farm bills in Washington.

“Consumers here in Minnesota may see some local produce in shorter supply due to the drought,” said Megan Roberts, with the University of Minnesota Extension. “It is hard to predict the longer-term ramifications to specific consumer products, and it is something we will continue to watch closely as we move into fall and beyond.”