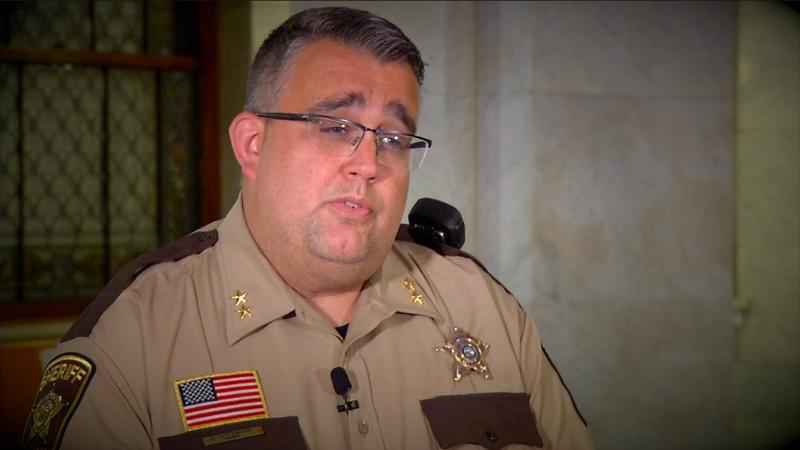 Court documents state the investigation is being done by the Minnesota Board of Peace Officer Standards and Training.

The board oversees licensing of law enforcement in the state of Minnesota.

Minnesota Board of Peace Officer Standards and Training has begun its investigation into Sheriff Dave Hutchinson’s DWI misdemeanor conviction, according to court documents. That’s the board that oversees licensing of law enforcement in the state. @KSTP

State POST Board Executive Director Erik Misselt did not speak about Hutchinson’s case, but instead how the process works for their complaint investigation committee that looks into convictions of peace officers.

"Anytime we hear of a conviction that is under the board’s jurisdiction, which means a violation under the standards of conduct, which is in our rules, our administrative rules, we’ll will obtain all the court documents," Misselt said.

In a letter obtained by 5 EYEWITNESS NEWS, the board has requested multiple documents regarding Hutchinson’s conviction from Douglas County District Court, saying under statute they are "obligated to review the facts and circumstances of this matter."

Those documents include the following:

Hutchinson declined an interview with 5 EYEWITNESS NEWS on Thursday but released a statement Wednesday night saying, "I am fully committed to continuing to serve the people of Hennepin County who elected me. I will let the citizens, not politicians, decide my future in November."

A search warrant application states Hutchinson told witnesses and deputies at the scene that he wasn’t the driver of the county-owned vehicle after it crashed near Alexandria on the morning of Dec. 8. Later in the day, Hutchinson released a statement saying he drove the vehicle after he’d been drinking and apologized for his actions.

After being charged with four misdemeanors related to drunken driving, Hutchinson pleaded guilty and was sentenced to probation on Dec. 20.