(ABC 6 News) – Cleanup continues in the southwestern part of Spring Valley where farms were hit by an EF1 tornado.

A farmer, Roger Becker had the tornado tear through part of his farm. He has worked on that land since the 1980s.

Becker believes he has recovered from the damage well so far, having cleared away most of the debris. However, he is having trouble hiring people to come out and help with the repairs and said many contractors are booked. The Fillmore County Emergency Manager said they have made significant progress in cleaning up the town.

"That’s what you do. You help out one another," Don Kullot, the Fillmore County Emergency Manager, said.

He says mercifully the tornado diverted — avoiding most of the city. 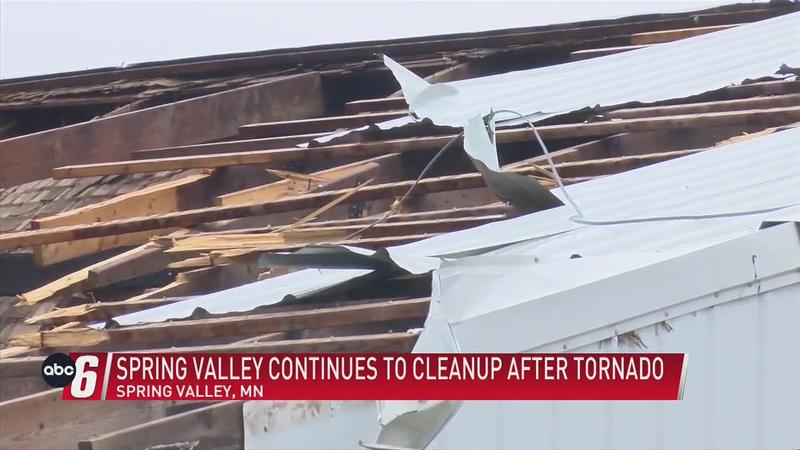 "It was a tough storm for the weather service to predict," Kullot said.

The city still took damage to trees, powerlines, and a pavilion in their central park.

"Debris. There was a lot of stuff blowing around throughout the night. It was quite bad," he added.

By the time the city assesses everything, Kullot expects there will be around $90,000 in damages to city infrastructure. He is sending an emergency declaration to the state to get up to 75% of damage costs paid with state aid.