Roundabout to be Constructed to Minimize Crashes

(ABC 6 News) – The City of Rochester and Olmsted County are working together to minimize crashes at the intersection near Century High School.

This coming after a teenager was hit by a car while crossing the road near the high school this week. The county and city want to see a roundabout constructed near Century High School. The design work will be completed next year and the project is expected to be completed in 2023.

Parents who spoke to ABC 6 News say even with this update, is it enough?

"I’m not quite sure how well it’s going to work with crossing but I think as a way to slow traffic down, that’s wonderful," Rochester resident Kari Bottemiller said.

Kari is a mom with two high schoolers at Century High. She knows how bad this intersection is, and for years she tried to get the city to do something about it. She’s concerned about cars traveling at high speeds. 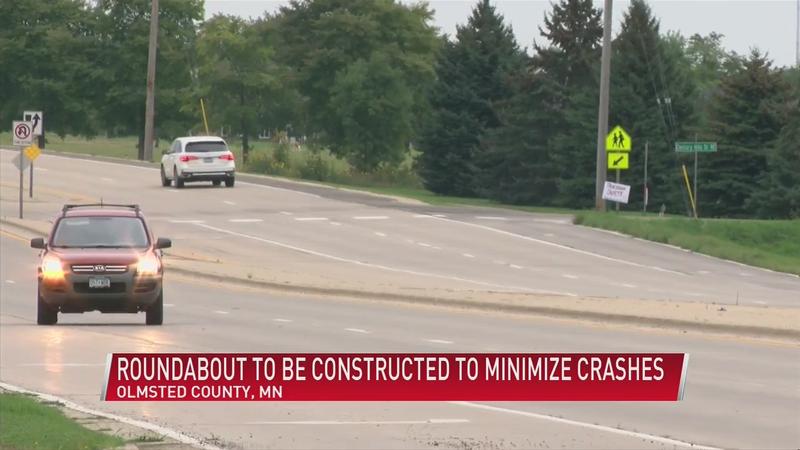 "The letter that I wrote back in 2017 I asked, what is your threshold for when you’re going to do something about this? Is it a student getting hurt? Is it someone dying at this intersection? And now we have someone who was hurt," Bottemiller said.

To prevent more injuries, Kari is taking matters into her own hands. She timed how long it takes to get across the intersection

She says at a fast pace, it takes around 30 seconds.

With a car traveling at high speeds, Bottemiller says crossing is just not safe.

"It’s not well marked, People are not expecting pedestrians at that intersection. It’s not just about my kids, it’s about every single person in this neighborhood that has to cross that street," Bottemiller said.

Rochester Mayor Kim Norton knows about the troubles at this intersection.

She’s been talking with community members about it but doesn’t know if this problem can be fixed immediately.

"I’m not sure how capable we all are to responding to something as big as a roundabout as quickly as we would like, but there definitely is a concern there," Mayor Norton said.

In the meantime, Mayor Norton says a crossing guard could be an option, but that falls on the school district.

One thing she says people can do is simply slow down.