(ABC 6 News) — We’ve reached the point in the sports season where mother nature plays a big factor in whether games will go on.

Unplayable field conditions resulted in postponements of several games Monday, but out in Kasson, the show went on as the Komets hosted Rochester Lourdes in their regular-season opener.

In the first inning, K-M’s Brooks Buchanan made a web-gem worthy play when he made a diving catch on a ball hit by Rochester Lourdes senior Sam Schneider.

Most of the game however was dominated by Eagles senior Joseph Sperry.

In the first inning, he struck out all 3 batters he faced and he finished the game with 10 strikeouts. 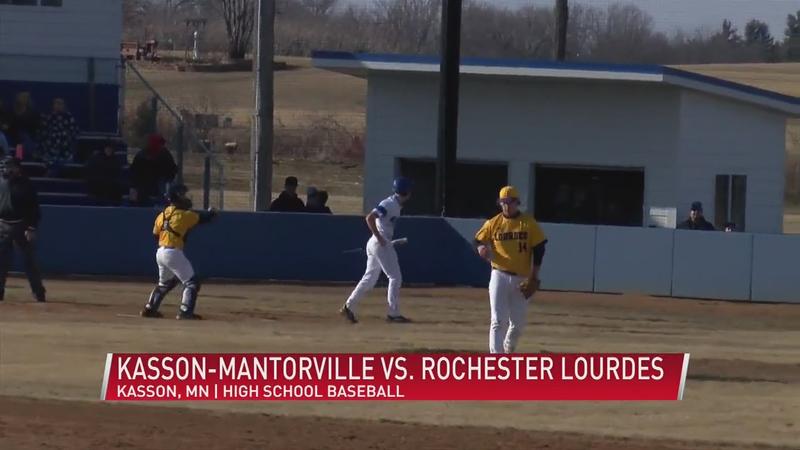 "Last year when we played these guys in the first game, I wasn’t throwing as hard so I definitely had to mix it up a little bit more," Sperry said. "Over the offseason, I’m getting a little bit of velocity so I was just fastball heavy, just you know attacking hitters."

Rochester Lourdes head coach Dave Jenson was pleased with the team’s performance despite the chilly conditions.

"For both teams in Minnesota, nothing more we could ask for our opening game," Jenson said. "But it’s a game where you want to keep moving, you definitely want your pitchers to throw strikes and make sure that we aren’t standing out in the cold too long."