(ABC 6 News) – A 13-year-old Rochester boy who saved a young boy from drowning in 2018 is now being recognized for his heroic act on a national level.

"At the beginning, I just had a bad feeling on that day when I went to the pool," Cody’s mom, Elizabeth Runyon, said.

80-pound Cody saved the boy named Evan by swimming with him on his back to the shallow end of the pool. A woman jumped out of her wheelchair to give Evan CPR.

"I’m honored to get this award. But, it’s something like, I mean I did do something incredible," Cody said. "For me personally, I think I was something I was there at the right time." 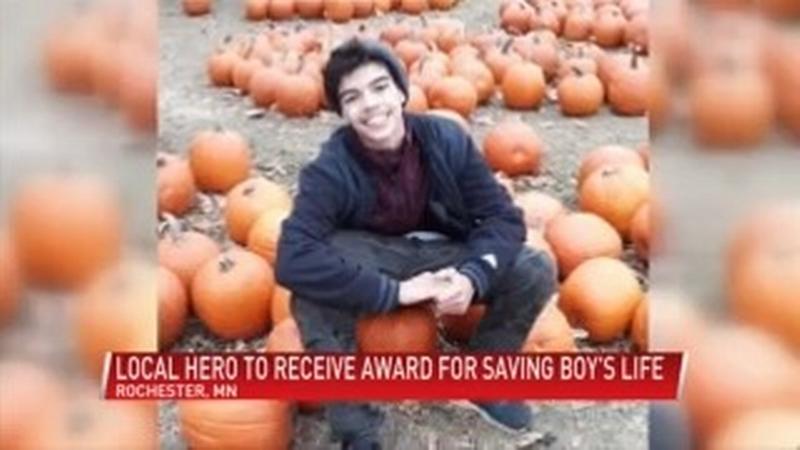 Cody said he is also trying to be humble about it. "I appreciate it but I don’t need all of this hype for it," he said.

Over 3,500 people have received this award by risking their lives to save others. But, only 67 of them are still living.

Elizabeth said she has never seen that side of Cody until that day.

"God was there at the right time, he used Cody in the right way to serve his purpose," she said.

Elizabeth remembers one of Cody’s friends coming up to her saying "Cody saved Evan’s life!" She took it with a grain of salt and blew it off because she was not aware that her son just saved a boy’s life.

Cody has been honored by the city of Rochester and was awarded the Citizen Life-Saving Award by the Rochester Police Department in 2019.