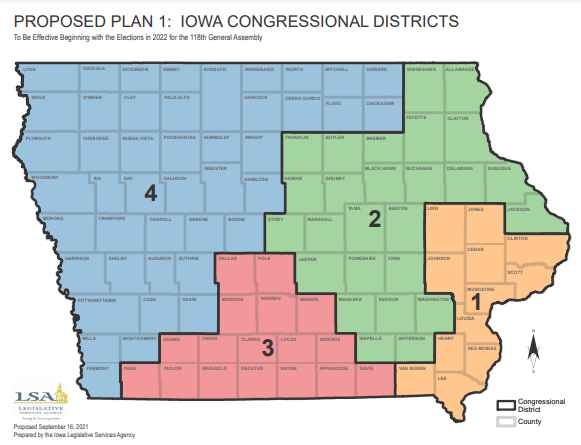 DES MOINES, Iowa (AP) – Iowa’s four congressional districts would include two that lean heavily toward Republicans, one that favors Democrats and one that both parties would have a chance at winning under proposed redistricting maps released Thursday by a nonpartisan agency.

The nonpartisan Legislative Services Agency is responsible for following detailed guidelines to ensure population balance among Iowa’s congressional districts and to prevent political influence in the initial drafting of changes.

Public hearings are set for Monday, Tuesday and Wednesday. The Legislature then is scheduled to meet in special session beginning Oct. 5 to consider the first proposal.

Legislative leaders of both parties said they’re reviewing the maps. Lawmakers can only approve or reject the first maps without amendment.