No injuries in UPS warehouse fire 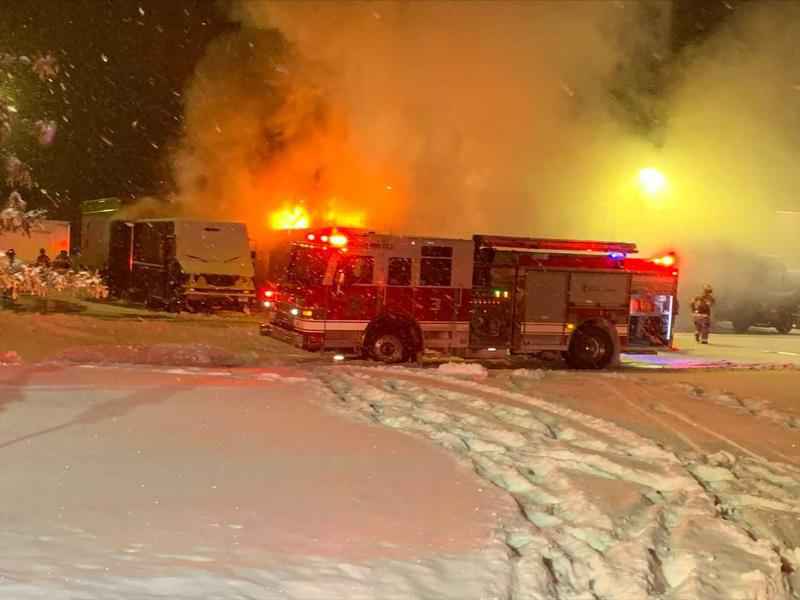 (ABC 6 NEWS) – No one is injured after fire crews responded to a structure fire at the UPS warehouse in northwest Rochester.

According to the Rochester Fire Department, they got the call around 11:00 p.m. and they say, the alarm company at the warehouse reported the sprinklers went off and multiple smoke detectors were activated, and there may be a person inside.

When crews arrived at 1616 Opportunity Road NW, they began extinguishing the fire visible from the exterior of the building.

Additional crews made their way inside to stop the spread of the fire, no one was found inside.

Several UPS trucks were damaged including their contents, as well as the loading dock area on the north side of the building.

One firefighter was injured but did not require transport to the hospital.