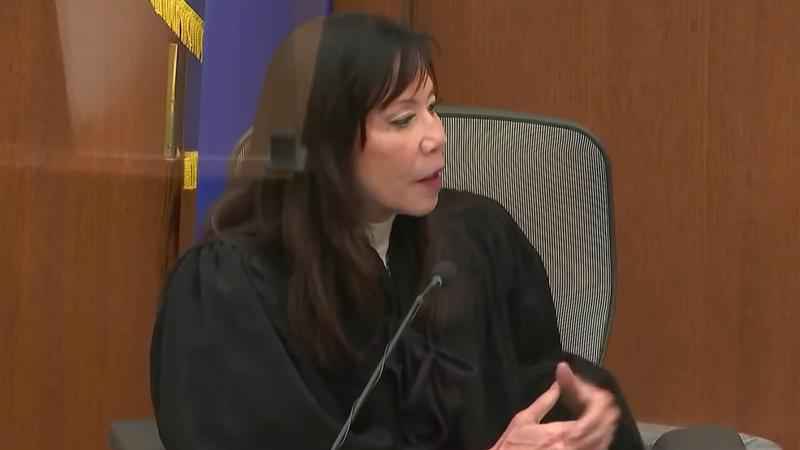 (KSTP) – A Minneapolis man has been charged with harassing the presiding judge in the Kimberly Potter trial, court records show.

Cortez Rice, 32, was arrested in Waukesha, Wisconsin on Monday and is awaiting extradition to Minnesota. A warrant was issued out of Hennepin County for his arrest on Nov. 24.

Judge Regina Chu initially denied requests for cameras in the courtroom during Potter’s trial for the death of Daunte Wright — a decision that Rice and others decided to protest.

According to a criminal complaint, Rice was one of a group that went to what they believed was Chu’s apartment building in the Loring Park neighborhood of Minneapolis on Nov. 6 to seek a reversal of Chu’s order quashing cameras and audio devices. Other protestors stayed outside, but Rice entered the building and went up to the floor he thought Chu lived on, live-streaming his actions on YouTube.

In the hallway, Rice said "we on her heels. What she think (inaudible) we want cameras. The people deserve to know," the complaint says. He was also heard yelling "we demand transparency. We’d hate you to get kicked out of your apartment," later in the lobby.

Another protester could be heard saying that the events were a "trial run" and that they’d be back the complaint states.

During an interview with police, Chu said she "believed she was the target" of Rice and the group and that their "intention was to intimidate her" and "interfere with the judicial process," the complaint says.

Chu reversed her decision on cameras in the courtroom on Nov. 9. In her initial ruling, she’d argued that the COVID-19 pandemic would have subsided enough by the trial’s start, but "that has not turned out to be the case," she wrote.

Rice was charged via warrant with felony harassment with aggravated violations — tampering with a juror or retaliating against a judicial officer — court records show. He is currently in custody in the Waukesha County Jail awaiting extradition to Hennepin County.