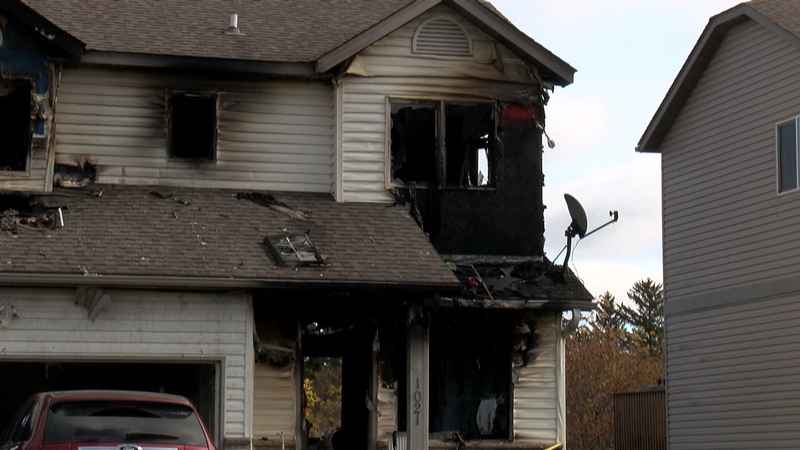 (ABC 6 News) – A man is facing multiple charges after a domestic incident in Rochester lead to a townhouse fire in Pine Island early Thursday morning.

52-year-old Michael Drury of Rochester is facing charges in both Goodhue and Olmsted Counties after he abducted a 44-year-old woman from a friend’s house in NW Rochester.

Drury forced the victim into her car and told her to start driving on Hwy 52. Drury told her he was going to grab the wheel and steer the car into a bridge. He reportedly punched the woman in the head and caused her to swerve into another lane of traffic.

Drury told her to get off the highway at the Oronoco exit. They ended up at the woman’s townhome in Pine Island at the 1000 block of 7th Ave SW.

The woman was able to get free of the residence to a safe place to make calls to law enforcement. Goodhue County deputies got a call around 4:06 a.m. to remove an unwanted person from the home in Pine Island.

When Goodhue County deputies arrived, they set up a perimeter and searched for the suspect. Deputies spoke to him through an upstairs window where he was threatening to jump, saying he was going to burn the house down.

Officials say a bright orange flow started in the main level of the house and shortly after Drury broke out of a top floor window, refusing to come out.

Drury ended up exiting through the garage because of the smoke. He refused to listen to commands from deputies so they used a taser to get him into handcuffs. He also kicked a deputy in the shin during the arrest.

Drury was taken into custody and taken to Saint Marys in Rochester after he said he had taken pills to try to overdose.

Drury appeared in court Friday morning and has been charged with kidnapping, 1st-degree burglary, false imprisonment, terroristic threats, 2nd-degree assault and 1st-degree arson. He is scheduled to be back in court early next month.