(ABC 6 NEWS) – Thursday is Veterans Day, a time to honor and say thanks to the men and women who have served our country.

One of those veterans is Richard Denny.

Denny grew up in Mantorville and was one of the first students to graduate from the Kasson-Mantorville school district.

He got drafted for the war and served from 1961 to 1963 and looks back fondly at his service.

"When we went in there were 28 of us from this area, Dodge County, Olmsted County, Fillmore County, we stayed together the whole time," said Denny. 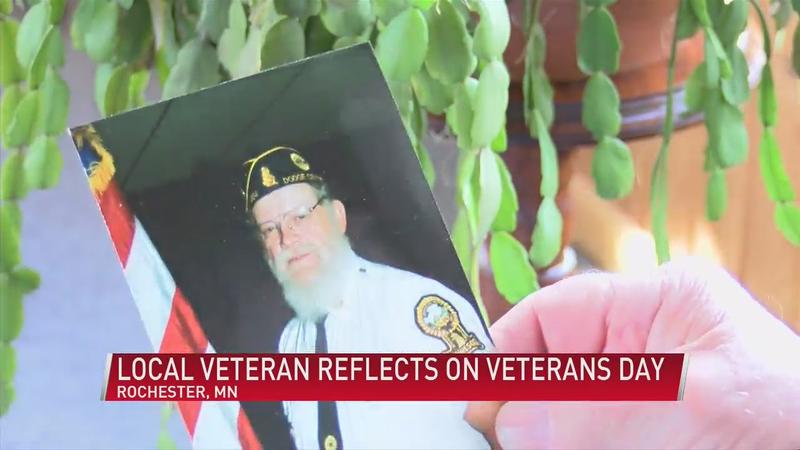 Denny went to Fort Carson in Colorado for two years. There he trained with a special aviation crew.

"We flew helicopters every day, 7 days a week, for two years," said Denny.

They were preparing to go overseas if they were needed.

"Supposed to fly in blow up ammunition dumps, bridges, whatever and then so the armor could come through and take over," said Denny.

Once he was finished with his two years, he had the choice to either go back to Minnesota or overseas, but he and others stayed back.

"None of my outfit went to Vietnam, we all came home," said Denny.

After his training, he spent the rest of his time in Rochester.

He married his wife Dorthy, and they raised their three children and they have lived in the same home for 56 years.

Reflecting on Veterans Day, Denny thinks everyone should be drafted at 18 and serve their country.

"It teaches you how to take care of yourself, take orders, do what you’re told and you know just plain just be responsible," said Denny.

He’s continued to serve in other ways, including at American Legions in our area.

"We all gave something you know some gave all, and some gave some, and I just think we gotta protect our people, and that is why we celebrate Veterans Day because we were all veterans, and we did our thing," said Denny.

Denny said he still talks to those from our area that are still around that served with him in Colorado.

He wants people to know the main thing others should take with them is to respect each other, yourself, and property and keep working in whatever you do.