Carnahan says her decision to step down was in the best interest of the party and her mental health.

ABC 6 News spoke with local republican leaders on what they think of Carnahan’s decision to step down from her position.

State Sen. Carla Nelson requested Carnahan to step down. She says there is a need for transparency and accountability within the Republican Party.

"I am glad that she did step down I think that’s best for everyone concerned and so that was the right decision, I believe, on her part," Sen. Nelson said. 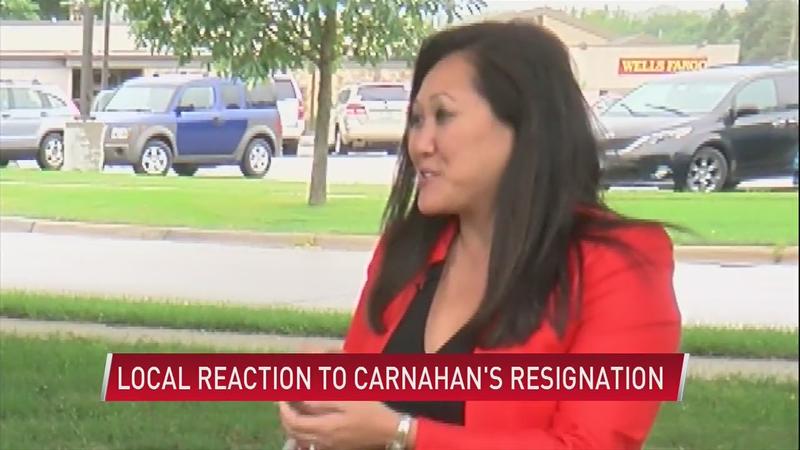 "I think she did the right thing for the party. I think she had lost credibility and support as a leader. It was probably good to step down just so the party could move forward," Brandt said.

Carnahan released a statement Thursday where she referenced circumstances in the past week with the indictment of one of the Republic Party’s major donors, Anton Lazarro. Lazarro was arrested on sex trafficking charges along with a college republican chapter leader.

"Now, of course, all the news and the allegations and kind of rumors and stuff, they affect perceptions and it’s good to move on from that," Brandt said.

"It means that when there was a problem identified, we were able to have them step down and it didn’t take months and months," Sen. Nelson said about what this means for the Minnesota GOP going forward.

Sen. Nelson also said she is "glad we are at this point where we are now and we will be having a new leader."