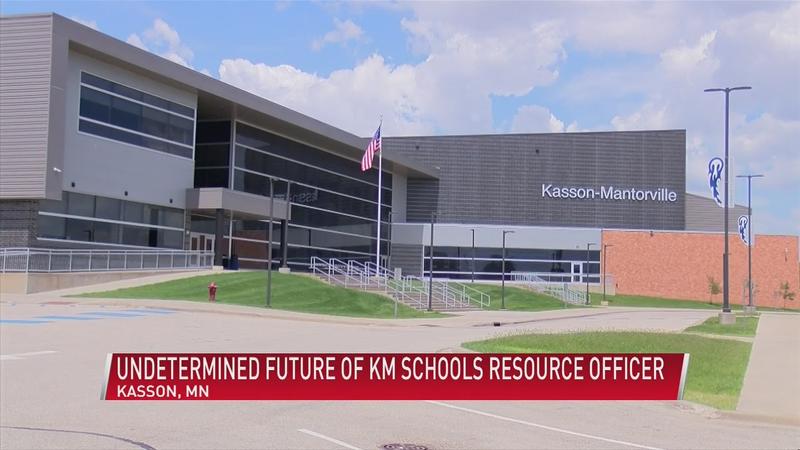 (ABC 6 News) – Some Kasson-Mantorville parents said they’re concerned about the safety of their kids as the district considers ending the contract it has with Kasson Police.

The current contract is what provides the district with a School Resource Officer. The district is proposing replacing the role with what they call a "School Resource and Relationship Officer." The job has been posted but what exactly that position looks like is causing some controversy.

Kasson-Mantorville School District Superintendent Mark Matuska sent out a letter to parents Wednesday afternoon. In it, he said there are also financial concerns. A 175-day contract costs about $67,000 and KM Schools pays for about 65%, or about $44,000. The rest of the bill gets sent to the city of Kasson.

In other districts like Hayfield and Triton, the schools share one officer and together pay a total of about $27,000 according to Matuska.

Some parents in the district are expressing their concerns online. One wrote that they will email Matuska and other board members and are encouraging others to do the same.

Another wrote: "This needed to be said a long time ago. Replacing Officer Kasel with Paul Blart Mall Cop is not ok. Our kids deserve better especially now."

The Kasson Police Department provided the school board with an activity report showing exactly what an SRO does. In the 2021-2022 school year, that included 220 law enforcement initial complaint reports, 11 threats of violence, and helping with things like classroom presentations, and run-hide-fight drills.

In the letter, Superintendent Matuska told parents if the district does not find a qualified candidate, they will go back to negotiating a contract with Kasson Police.