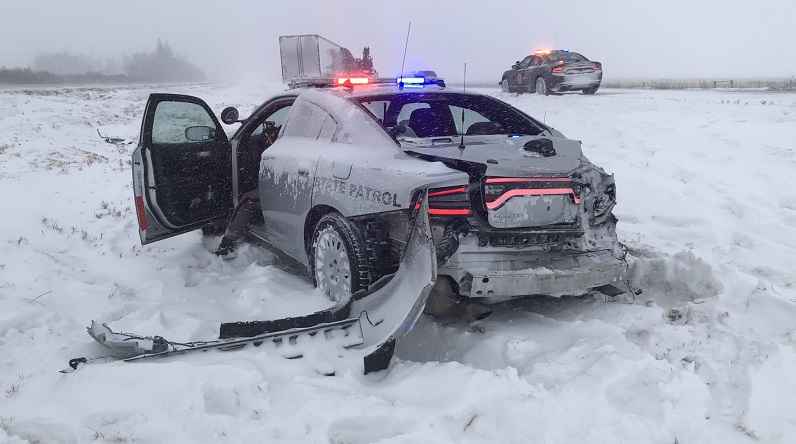 (ABC 6 News) – The Iowa State Patrol is reminding drivers to use caution on the roads after one of its patrols was struck by a semi Friday.

The State Patrol said the crash happened in District 8 in north-central Iowa. One of its Lieutenants was struck by a semi while he was in his vehicle assisting another crash.

The state trooper escaped with only minor injuries and was taken to a local hospital for examination.

?? Please use caution if you have to be out on the roads! One of our Lieutenants was struck by a semi when he was in his vehicle assisting another crash. Thankfully, he appears to only have minor injuries and is getting checked out at a local hospital. pic.twitter.com/jcDSN9Pk7Q