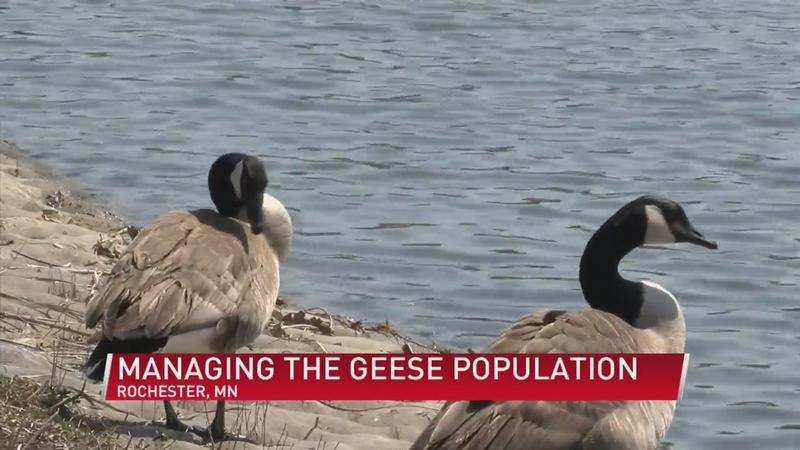 (ABC 6 News) — For the second year, the City of Rochester will work with volunteers on a procedure called "egg addling" to help control the geese population.

Addling involves treating or replacing the eggs to prevent them from hatching. According to a press release sent by the city, the eggs will be tested to ensure they aren’t too far along in the incubation process.

Last year, the eggs were treated with corn oil to keep them from hatching. This year, the eggs will be replaced with ceramic eggs. According to the city, both of these methods are approved by the Humane Society of the United States.

According to city officials, an adult goose can drop one to two pounds of feces per day, which they say can be a safety issue on trails. Anther concern is bacteria, which is the reason the South Fork of the Zumbro River in Rochester is classified by the Minnesota Pollution Control Agency as being "impaired for recreational use."

The city is still looking for volunteers for the egg addling, which will take place between March and May. The Rochester Park Board approved the procedure at Silver Lake Park, Cascade Lake Park, Soldiers Memorial Field Park and golf course, and Foster-Arend Park.