(ABC 6 NEWS) – Early next month, people eating at Crave restaurant in Rochester can enjoy brunch and a show. Crave Rochester is starting up monthly drag brunches to match their location in the Twin Cities. But for local drag queens and people in the LGBTQ+ community, these drag brunches mean so much more.

"We’re out there we’re just not out in front," Sidonia said.

But, Sidonia had an inspiration.

"Watching my mom get doodled up. I lived and learned because I watched my mom. And she is my beauty queen," she said. 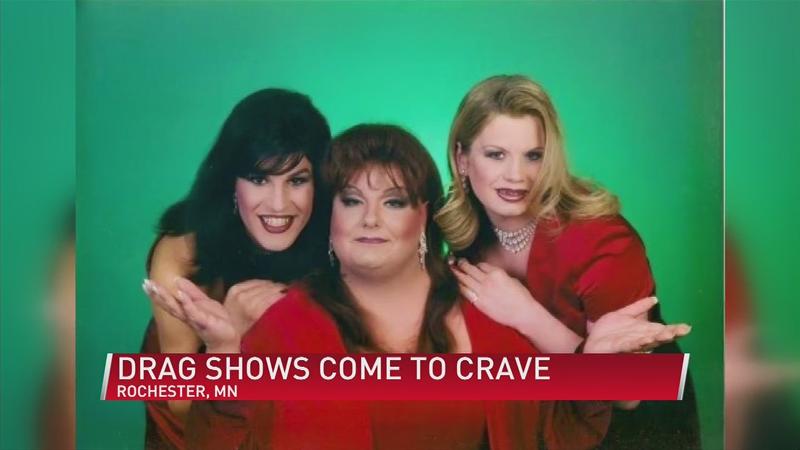 Drag is making its way into mainstream entertainment in Rochester and in Austin with recent pride events including a drag church service.

"I think Rochester is coming out of the closet," Sidonia said.

Managers at Crave are catching on.

"Before we even had them booked we had people calling daily asking when our next drag show is going to be. The hope is that we bring more awareness to all types of people," General Manager and Executive Chef at Crave Cory Henkel said.

The talent behind these shows is The Rochester Girls. They are a group of drag queens and best friends.

The group does four shows a year and has donated some of the proceeds to The National Alliance on Mental Health (NAMI). Sidonia knows being in the LGBTQ+ community is not always easy, and thinks events like drag brunches at Crave can help.

"For us, the Rochester girls, and all the performers, it just makes you feel being seen for once. If a younger me saw me now and looked up and said ‘hey, I wanna do that I would look down going ‘you can be whatever the hell you wanna be,’" Sidonia said.

She wants to let the younger generation know they’re not alone.