(ABC 6 News) – The Albert Lea City Council has approved a plan to update to the city’s wastewater treatment plant.

The facility was built in 1981, and the city says it has aging infrastructure and failed toxicity testing.

Improvement costs will be about $60-million, and the city is asking the state for that money.

"I express my disappointment in the governor not including this project in his initial bonding proposal and I would just like to express my thanks to our local legislatures who I know are going to make a big push for this. This is critically important for this community that we do get the funding for this," said Albert Lea City Councilmember Jason Howland.

The plan is now being reviewed by the Minnesota Pollution Control Agency before it can be approved.

The city said the project will proceed only when the state provides some funding for the project. 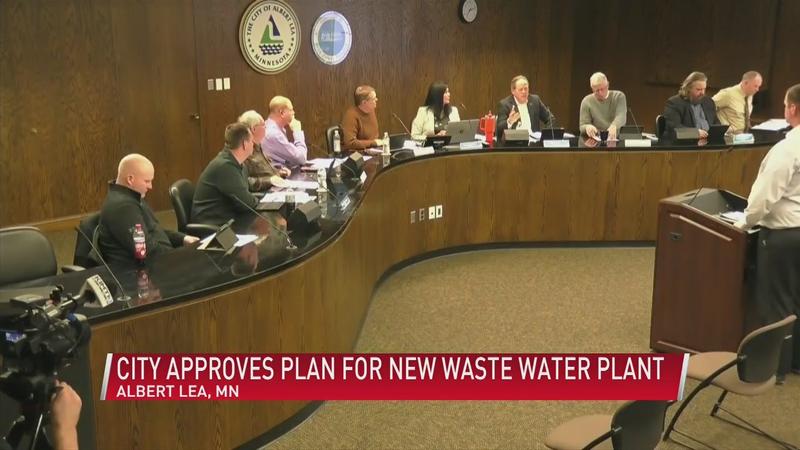 If approved construction could take up to three years.