(ABC 6 News) — A congratulation is in order for the Austin Bruins’ Anthony Menghini.

The forward was drafted into the USHL on Tuesday and will now play at the highest level of junior hockey. Menghini was taken in the thirteenth round of the USHL Draft by the Fargo Force, a championship quality team that is removed from a loss in the Clark Cup Finals, a 3 games to 1 defeat versus the Chicago Steel.

Meghini was one of the Bruins’ top scorers this season, he tied with Carson Riddle for 20 goals in the regular campaign and was second on the team with 45 points. 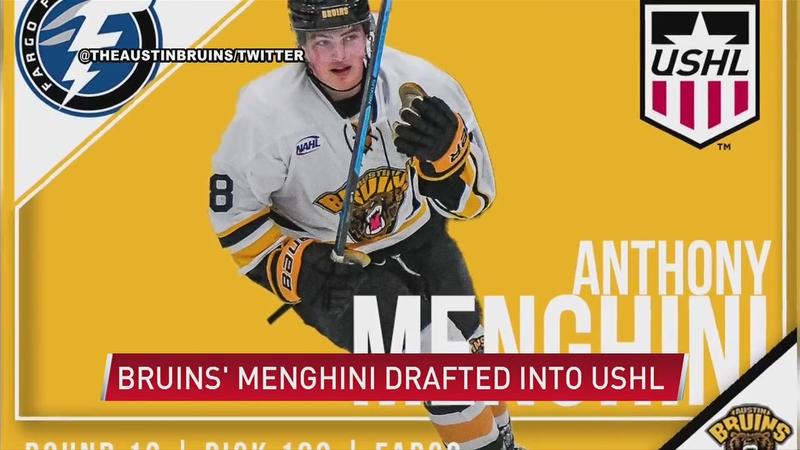