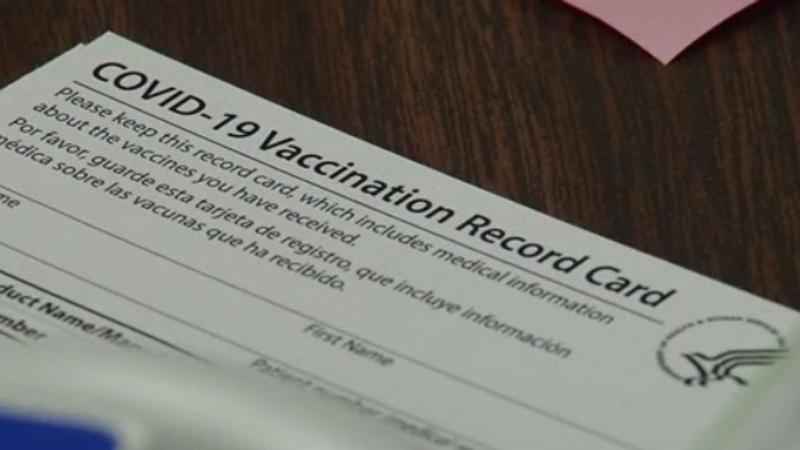 [KSTP-TV. A file photo of a vaccination card]

(KSTP) – Seven Minneapolis bars and restaurants are seeking a temporary restraining order against the city and the mayor in connection with the "vaccine-or-test" mandate that went into effect this week.

Minneapolis Mayor Jacob Frey and St. Paul Mayor Melvin Carter stated the policy, which applies for licensed businesses at which food or drink is served indoors, requires customers ages 5 and older to either show proof of COVID-19 vaccination or a negative PCR or antigen test taken within 72 hours of the visit.

Representatives of the businesses argue they "have already suffered greatly and are poised to continue to suffer under the declared emergency and particularly Emergency Regulation 2022-5," the filing states.

The business representatives state that in order to meet the mandate, bars and restaurants in the city "will have to hire additional staff in order to enforce the ordinance, including checking every patron for the complex requirements as between the proof of vaccination or testing," which may be difficult for some employees to determine the validity of, the representatives state.

The seven bars and restaurants named in the filing also state that they anticipate Minneapolis residents and non-residents might instead go to other establishments outside of the city that aren’t required to enforce the mandate.

"Minneapolis bars and restaurants are being used as pawns to further Mayor Frey’s agenda of pushing for and convincing the public to get vaccinated," the filing states. "Whether the end being sought is noble, the scheme is forcing restaurants and bars to lose additional patrons and business that have already been reduced over the past two years and incur new costs and burdens to enforce the requirements of Emergency Regulation 2022-5."

The business representatives say ultimately, the Minneapolis City Council should be the group to enact a mandate via the legislative process.

5 EYEWITNESS NEWS has reached out to city officials for comment.