6 On Your Side: Consumer Confidence, Back to School Laptops

(ABC 6 NEWS) – It’s time to go back to school, or at least time to start thinking about it. To make it a little easier, a new laptop might help.

Let’s talk about some of the great picks for every budget.

With almost everything costing more these days, Consumer Reports has some great news: you don’t have to spend a lot to get a quality laptop. One of the best options for a tight budget: a Chromebook.

"They’re generally less expensive than Mac and PC laptops. They’re not the fastest computers out there but for kind of everyday stuff—browsing the web, editing documents, that type of thing, you know, school/work type of stuff, they’re totally fine," Nicholas De Leon from Consumer Reports said.

Like the Samsung Galaxy Chromebook 2. The convertible laptop can be folded back and also used as a tablet. 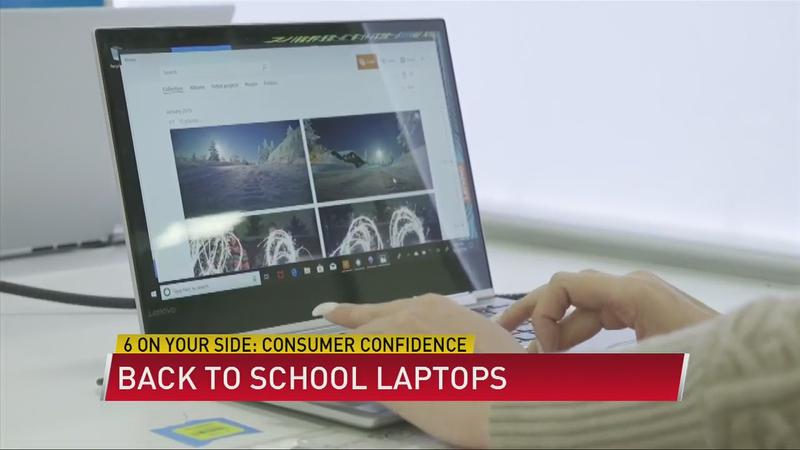 An even better bang for your buck this 14-inch HP Chromebook. CR says it’s a solid choice for people on the go because it’s lightweight and its anti-reflective which makes it perfect for using just about anywhere.

If you need something more powerful, for a little more, CR suggests the Microsoft Surface Laptop Go 2 with a 12.4-inch touchscreen.

"It’s among the fastest in our ratings for things like web browsing and editing text documents," De Leon said.

"And it has an incredible battery life of more than 23 hours," De Leon said.

If you’ve been saving up or just want to treat yourself to a shiny new Mac, CR recommends the Apple’s 13-inch Macbook Air with the M1 processor. That’s right, Apple’s older model. But why not the brand new M2?

"We’re currently testing the M2 Macbook Air. But our early impressions are that it’s not a lot faster than the M1 MacBook Air. So it might make sense to get the M1 Air, save a little bit of money, and still get a very good Mac laptop," De Leon said.

While a new laptop might not guarantee good grades, it may give them one less thing to complain about.

Consumer Reports says August and September are some of the best times to buy a computer because of sales. When you’re shopping don’t forget to check for student discounts from your school, stores, or computer makers.