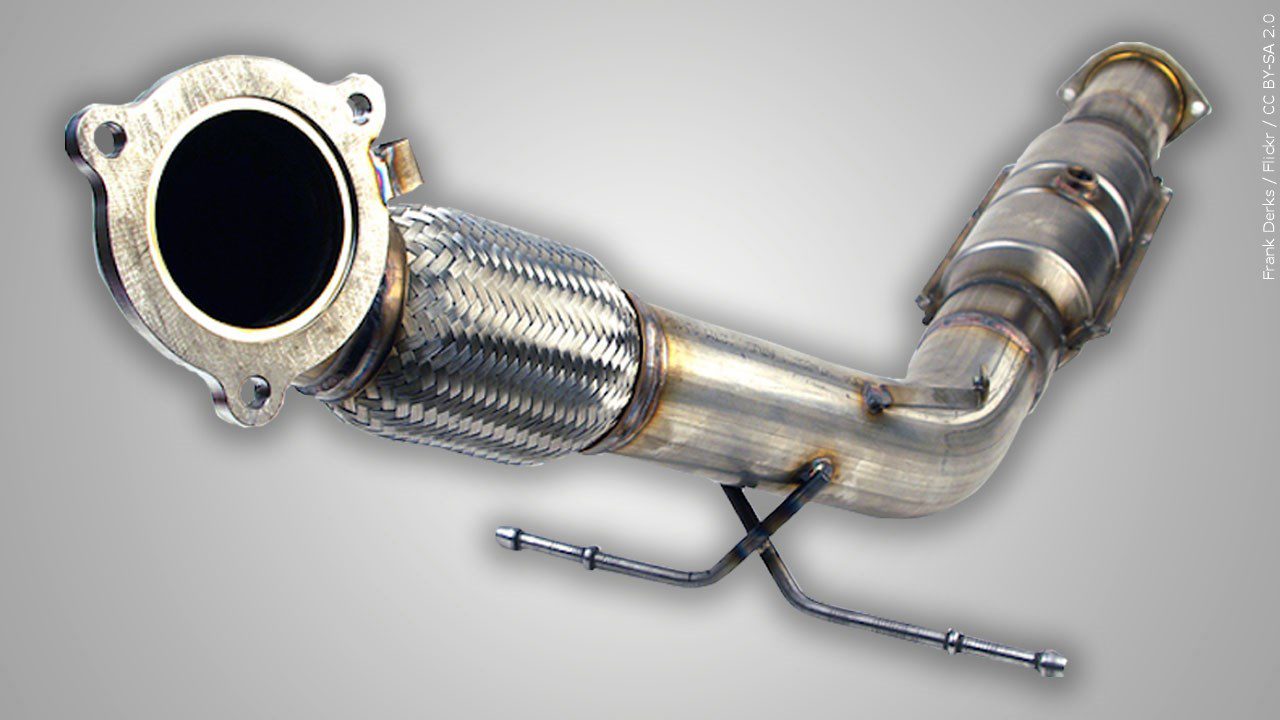 (ABC 6 News) – A Rochester man reported an early-morning catalytic converter theft after being awakened by the sound of a saw in his own driveway.
According to Rochester police, the man woke up at about 5:42 a.m. Tuesday, Nov. 29, to the sound of buzzing and sawing outside his home on the 600 block of 28th Street NW.

The man looked outside and saw a dark sedan parked at the end of his driveway. As he watched, a man ran down the driveway and drove off in the sedan.

The man found that the catalytic converter had been stolen from the 2006 Honda CRV parked in the driveway.

Rochester police announced Tuesday that they would give out free catalytic converter marking kits to Olmsted County residents.

The kits are used to mark catalytic converters with unique labels, making them easier to track.

Scrap dealers who may buy catalytic converters will also be alerted that the pieces are stolen if they are labeled, or if someone has obviously attempted to remove a marking.