When that name is released, OCSO and RPD request that the general public be “good witnesses” if they spot the suspect — by contacting law enforcement and not involving themselves.

Sgt. Lee Rossman with the OCSO said local law enforcement have chosen to release little information about the suspect who allegedly rammed two law enforcement vehicles Wednesday night, but that he has a violent criminal history.

Rossman confirmed that the suspect was in a motor vehicle when the Olmsted County deputy fired at him.

As there have been no confirmed injuries after the incident, he said the Minnesota BCA has not joined the investigation. 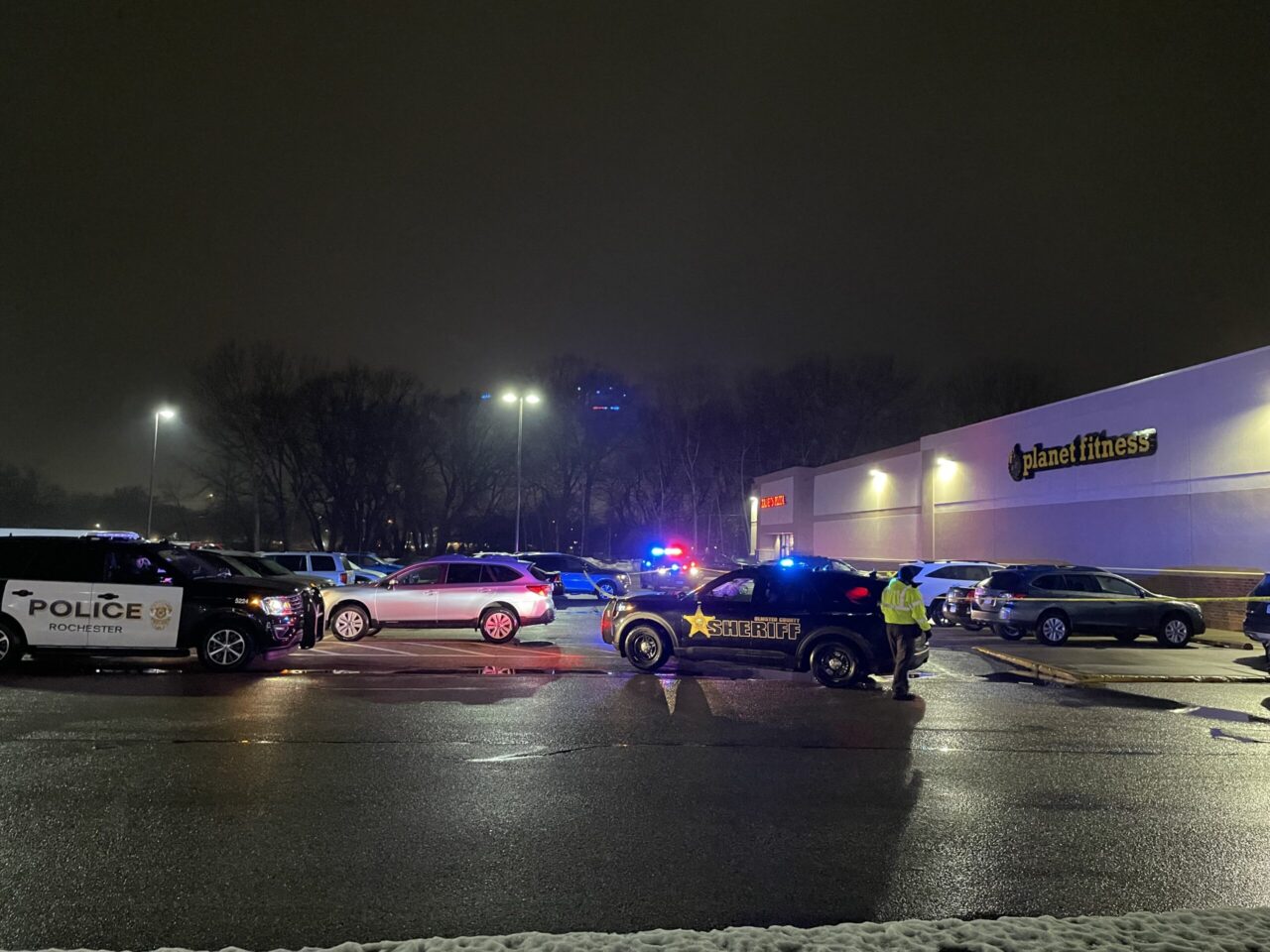 Capt. Casey Moilanen said Thursday that there is still no danger to the public, as long as witnesses do not involve themselves in any confrontations where the suspect may flee law enforcement going forward.

Moilanen asked residents to “be a good witness” if they see something unusual related to the case by trying to remember or writing down details of what they saw and calling Olmsted County dispatch (507-328-6800) or the Crime Stoppers tip line ((800) 222-8477).

(ABC 6 News) – A suspect is still on the loose after Olmsted County Sheriff’s deputies shot at his vehicle in southeast Rochester Wednesday.

The incident happened at approximately 4:50 p.m. Wednesday near Planet Fitness in southeast Rochester.

According to the Olmsted County Sheriff’s Office, deputies with the warrants unit and the regional  Violent Crime enforcement team located a vehicle with an individual that has a warrant for his arrest.

As deputies made their approach, the suspect was able to get to his car, began to flee – ramming two law enforcement vehicles before fleeing the scene.

During the incident, the use of deadly force was used.

“One shot fired by law enforcement, no injuries known at this time, he’s fleeing in a silver Pontiac G6.”

The sheriff didn’t know if suspect was injured.

“None of our deputies were injured and we’re all thankful for that. And hope that we can find this individual and bring him in peacefully,” Torgerson said.

In audio obtained by ABC 6 News from Broadcastify – at one point you hear law enforcement checking with hospitals to see if anyone came in with gunshot wounds.

“It appears there is not a person coming in with a wound. 2182 just to confirm there is no gunshot victim at the hospital right now?”

Authorities say there’s no threat to the public, but that doesn’t make those we spoke with feeling safe.

“I drive a school bus too and I drop off my kids in this area. This isn’t something I thought I would see today at all. It doesn’t make me feel comfortable at all honestly.” said Jacob Stienka.

The Rochester Police department is now handling the case and the incident remains under investigation.