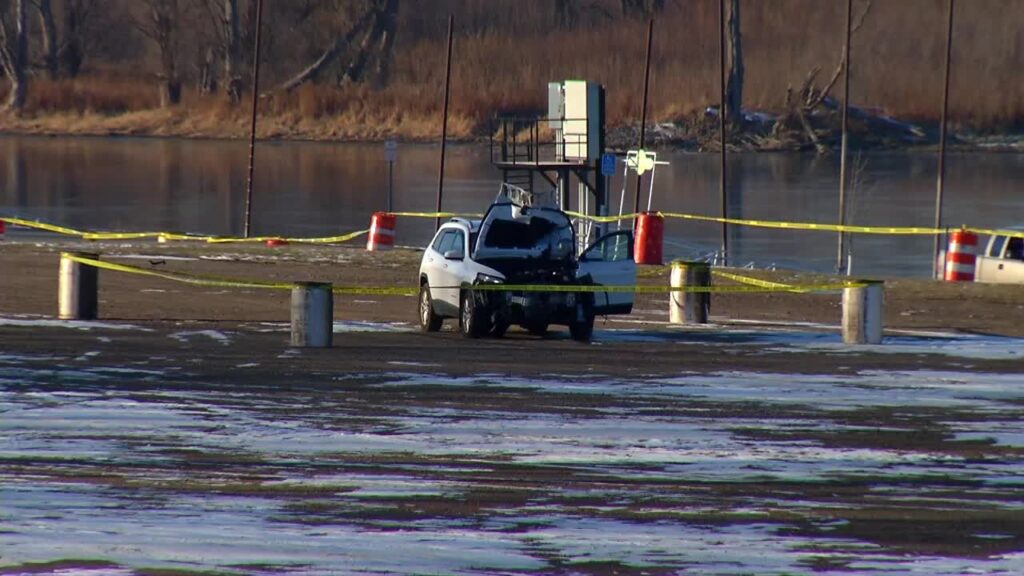 Crime scene tape blocks off an SUV that a suspect crashed in Red Wing on Tuesday, Nov. 22, 2022, before he allegedly chased a Goodhue County sheriff's deputy, leading the deputy to shoot him. (KSTP)

The deputy who shot and injured a man who charged at him last week in Red Wing was responding from a training exercise and didn’t have “his normal array of tools,” the Minnesota Bureau of Criminal Apprehension said in an update Tuesday.

Investigators say Goodhue County deputy Steve Sutton-Brown, who has been in law enforcement just shy of 20 years, was only armed with a handgun during the Nov. 22 encounter in which he fired three times at 24-year-old Fernando Javier Carbajal, who was unarmed.

According to a criminal complaint, Carbajal had crashed his SUV into a utility pole at high speed near Bay Point Park, prompting an emergency response. Sutton-Brown, who was at a dive team training session nearby, was the first to respond to the scene.

The BCA said Sutton-Brown was not wearing his standard uniform at the time but had a sweatshirt that identified him as a member of the Goodhue County Sheriff’s Office. He also arrived at the park in an unmarked vehicle.

“Because Sutton-Brown had come from training, he did not have his normal array of tools, including less-lethal options like aerosol, a baton or a Taser,” the BCA said in a news release.

Witnesses at the park who spoke to authorities recalled seeing Carbajal become “aggressive” toward Sutton-Brown and charging toward him. The deputy reportedly backed away and tried to defuse the situation.

A criminal complaint states Sutton-Brown advised over the radio that Carbajal was suicidal and that he needed backup. Prosecutors claim Sutton-Brown started shooting after Carbajal initiated a physical fight.

Carbajal was taken to a nearby hospital and was remanded to law enforcement custody on Wednesday. Court records show he was formally charged with two counts of felony assault and one count of gross misdemeanor assault.

After a bail hearing on Monday, Carbajal posted bail and has been released from custody. His next court appearance is set for Dec. 21.

Sutton-Brown broke his foot during the incident and remains on administrative leave.

BCA investigators say there is no video of the shooting. A bystander did take a video of the altercation but stopped recording before Sutton-Brown pulled the trigger.

The BCA continues to investigate the incident and will turn over its findings to the Goodhue County Attorney’s Office for review.

Here is a list of suicide prevention and mental health resources:

If you believe someone is at risk of suicide, the U.S. Department of Health and Human Services suggests you:

The U.S. National Suicide Prevention organization has also compiled a list of resources to help with coping during the COVID-19 pandemic.