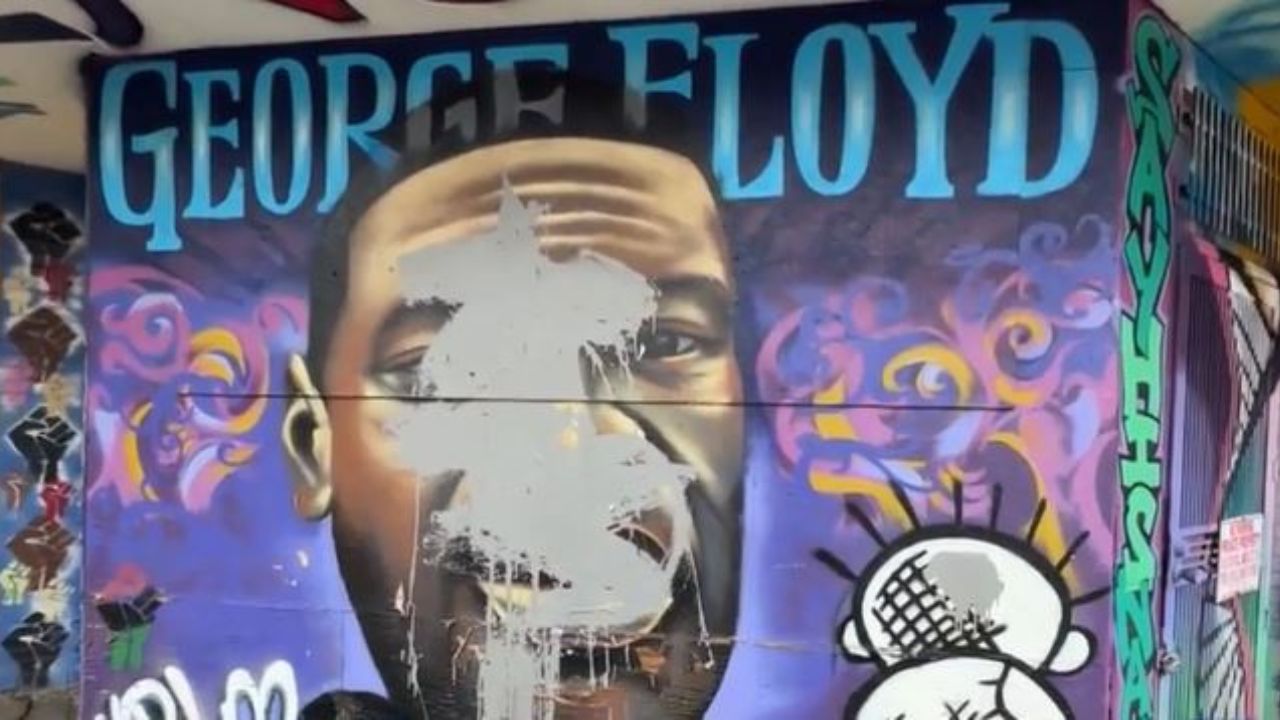 Paint was splattered over the face of Floyd who was killed by a Minneapolis police officer in May 2020, sparking a nationwide reckoning on racial injustice and police brutality.

Milwaukee was one of many cities across the country that saw crowds come out, day-after-day, to protest Floyd’s murder. This mural was completed in June 2020, according to local news outlet Urban Milwaukee.

Dom Whitehurst, one of the original painters who helped organize the mural, told ABC WISN-12 that artists plan on repainting it and have discussed installing cameras in the area.

“Initially, I was like, ‘that’s horrible.’ More than likely, race related,” Whitehurst told the local news station. “It’s kind of sad that you have to do that for something so beautiful. This is supposed to be a peaceful representation of the community coming together.”

It’s not the first time a memorial created in honor of racial justice has been vandalized, with similar incidents occurring in New York, California, Michigan and more.

Milwaukee police told ABC News they did not receive a call or a report of the incident; however, the department is attempting to make contact with the building owner regarding the vandalism, officials said.