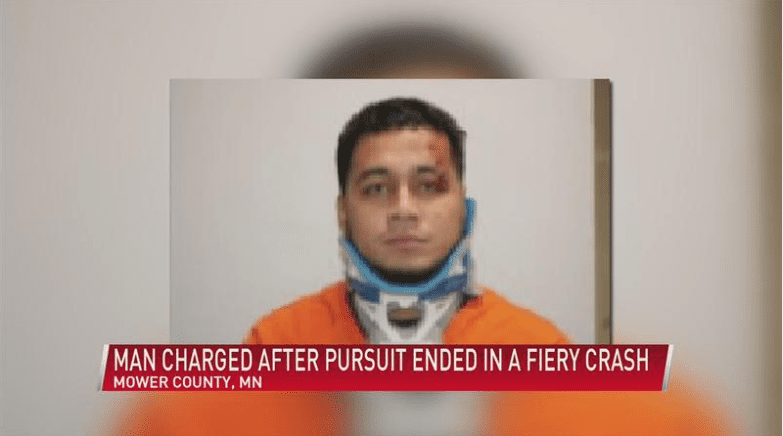 (ABC 6 News) – An Austin man took a plea deal Friday after leading police on a chase that ended in a fiery crash.

Melchor Barnabas, 24, pleaded guilty Oct. 14 to felony fleeing police in a motor vehicle, gross misdemeanor driving while intoxicated, and misdemeanor tampering with a motor vehicle–riding in the vehicle without owner’s permission.

Three additional charges of reckless driving, open bottle in a motor vehicle, and driving without insurance were dismissed.

Barnabas was arrested in May after fleeing a traffic stop attempt, whereafter he hit a tree and his vehicle burst into flames.