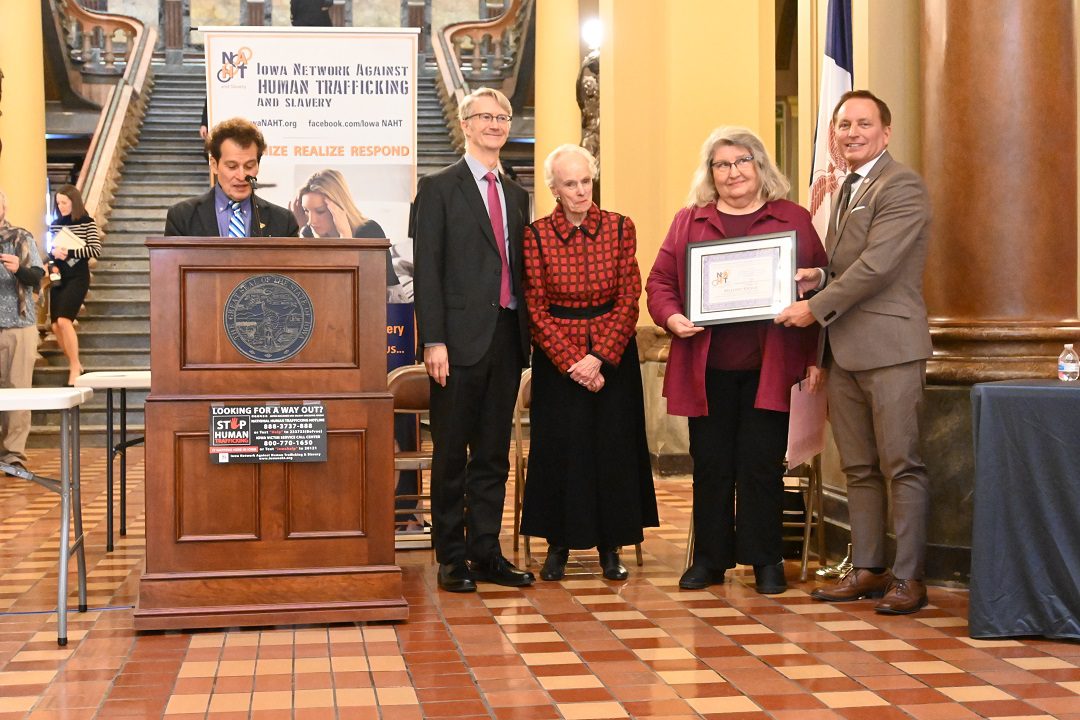 (ABC 6 News) – Iowa Secretary of State Paul Pate presented awards on behalf of the Iowa Network Against Human Trafficking to outstanding community members combating human trafficking across the state on Thursday at the Iowa Capitol Building.

Governor Reynolds signed a proclamation in recognition of Human Trafficking Awareness and Prevention Month which was also presented at the event.

“It was a pleasure to recognize these individuals and businesses for their support combating human trafficking across the state,” Secretary Pate said. “I appreciate the work they’ve done so far and thank them for their service working to put an end to this horrible crime.”

Six awards were handed out at the event to individuals and businesses leading the fight to end human trafficking across the state.

“We are honored to have six awardees today that each distinguished themselves in the fight against human trafficking,” said Dr. George Belitsos, Board Chair of the Iowa Network Against Human Trafficking. “These are unsung heroes – people we are putting in the spotlight to show the fight against this horrible crime.”

Awards were presented to the following individuals and businesses:

For more information on the background of the recipients, visit HERE.