New Owl On The Block

That’s the overwhelming response is oh she’s so cute because she is adorable,” Karla Bloem, executive director at the International Owl Center said.

No matter where you look, people are trying to get their picture of the star of the show.

Bea the Burrowing Owl! And she’s as cute as can BE!

We were lucky enough to get some of beautiful pictures of her. She is truly one of a kind. 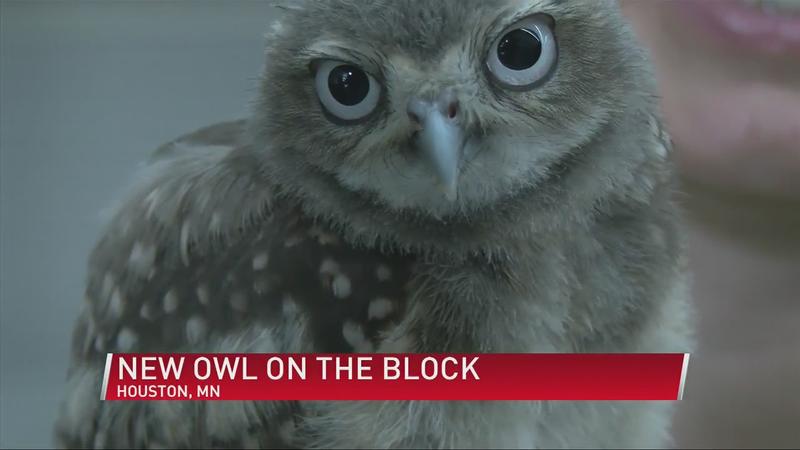 “It’s neat to see wildlife animals in captivity, to get a closer look at them,” Alvin Westfall, IOC Visitor said.

HOO-STON Minnesota is the town of the owls. They’re everywhere you look. The community here is proud to give these five owls a home here at the International Owl Center and Bea’s the newcomer!

“Bea is a rambunctious little thing, Baby Owls are like kittens with wings, just tons of energy, they love to play and pounce on things and when they’re done BOOM,” Bloem said.

Karla’s right. Bea has so much energy — then — nap time!

And she needs to catch all the Z’s she can! She’s an education ambassador, meaning she’s always on the clock.

“She’s going to be working with people her entire life, we licensed to use her for education programs and she’s required to work for the rest of her life,” Bloem said.

And getting a burrowing owl is an achievement for the International Owl Center.

“She’s an endangered species. We had to get special permits from the state of Minnesota. They’re the only state endangered owl species in Minnesota because they nest in burrows. It’s the only owl on the planet that nests underground,” Bloem said.

“What are one of the biggest takeaways you want people to learn or think about when they come visit Bea or some of the other owls?”

“The biggest takeaway is that we as humans are the biggest problems for owls but that also means that we are their greatest hope. So by each of us adjusting small things we can all help make the world a better place,” Bloem said.

The International Owl Center said they have plans for an expansion in the future.