(KAAL-TV) — Individual wrestling for Section 1AAA school took place at the Mayo Civic Center Friday; with the likes of Austin, Century, Mayo and John Marshall all competing at the event.

John Marshall’s Lama Kamara would initially be down on his knees, before reversing his position to pin Century’s Sam Johnston.

Austin’s Rylan Clark was unable to fend off Faribault’s Aiden Tobin, the latter winning 21-6 in a technical fall.

Ultimately, the Faribault Falcons would end up with the most individual weight class champions. The Mayo Spartans finished as the only local school to capture any weight classes at two. The two winners in question would be Cobarruvias in the 109-lb category and Dylan Peper in the 182-lb category. 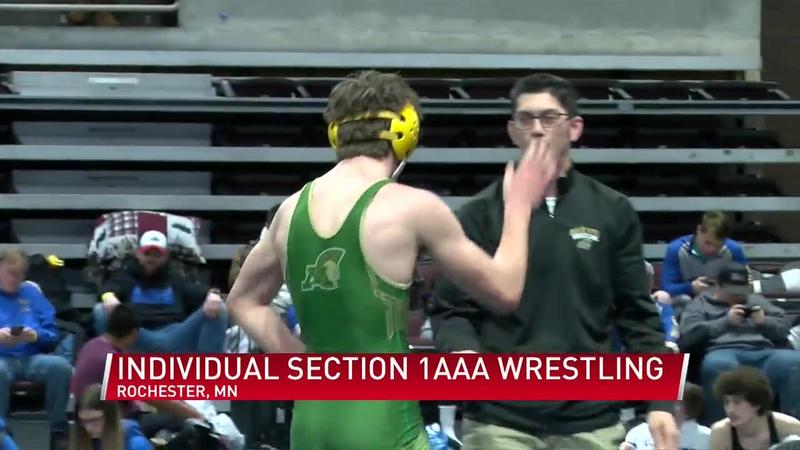 Full results for Section 1AAA can be found here.