(ABC 6 News) — The hockey sticks have been put away, making way for softballs as spring arrives.

But the Rochester Raiders are still fresh off winning the PI Division consolation State title.

"We all played our absolute hardest all three games," Raiders center/forward Joseph Hansen said. "And in the end, we all had a blast and I think, in the end, that trophy – in the end, all our hard work paid off for that trophy, so absolutely."

"My favorite moment would probably have to be, you know, winning the consolation championship," Raiders goalie Stuart Batterson agreed. "You know, just to get that championship and bring it home; that was obviously a great moment for us."

Of course, a true state title beats everything; especially since their 2003 championship remains just that. But the Raiders have proven time and again they can get hardware, period. 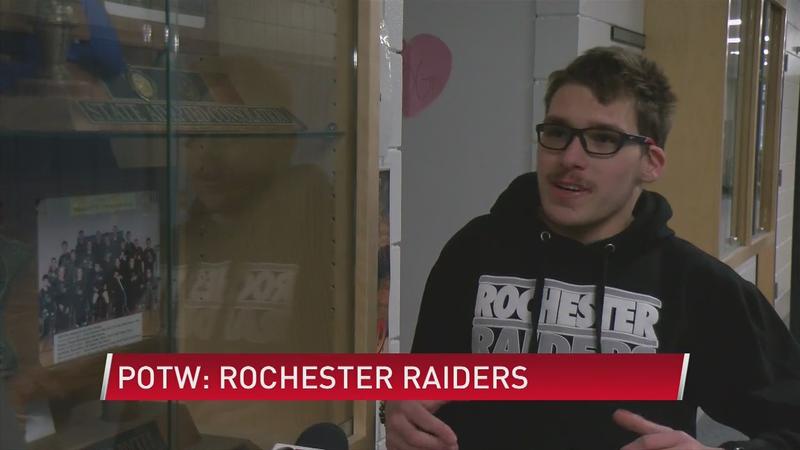 "I would definitely love to earn of these as next as the best – as [much as the next] player, but you know, at the end of the day we all do our best and that’s what’ll show," Hansen stated.

For the excitable junior, the plaques aren’t as important as the team energy and teamwork. An experience that has moved first-year assistant coach Michael Dusso.

"Probably the best fun I’ve had in a long time coaching kids," Dusso affirmed. The coach also noted his pleasant surprise at how in-sync the Raiders proved to be during the season.

"They knew where to pass it to, they knew where to stand. They knew how to do everything and as coaches, we just kind of looked at each other going, ‘this is kind of a heck of a ride,’ and we feel pretty good.”

The love of the game is overwhelmingly vibrant with the Raiders. They know each well, are capable of winning trophies, but more importantly, have a whale of time win or lose.

"I’m glad that I’ve gotten to give this team a chance to get some awards," Batterson, an outgoing senior, reflected.

"You get to go out and play a sport, that’s one of my favorite things of all time," Hansen simply put.