(ABC 6 News) – Mayo Clinic has predicted a continuing surge of positive Covid cases in Minnesota in the next three or four weeks – just in time for the Minnesota State Fair.

Every week, Mayo tracks positive cases across the country, and it even can predict future cases based on the data it collects.

"We are expecting an increase in cases in the next few weeks in Rochester and Olmsted and just in the state in general," Mayo Clinic’s chief value officer, Dr. Sean Dowdy, said.

Dowdy said researchers use a formula to predict the future. 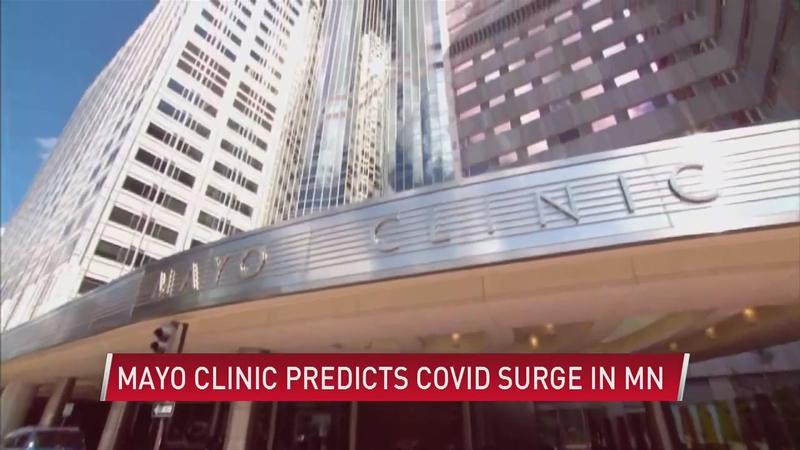 "We look at the number of people who are getting tested, the test positivity rate in the local area, both in the cases mayo clinic tests. And we get data from the state as well, so this allows us to make forecasts for not only the state of Minnesota but for the whole country actually," Dowdy said.

Dowdy said at this point, we can only guess what things might look like up to a month from now.

"Predictions are only good for two to four weeks, beyond that, there’s a lot of uncertainty there," Dowdy said.

So we know another surge is coming, but we don’t know how long it will last.

Mayo believes this surge is driven by the Delta variant and its ability to spread quickly.

"I think it really comes down to the Delta variant. It’s much more transmissible. You have about a thousand times more copies of the virus as compared to the prior variants," Dowdy said.

But the good news is this surge likely will not last long.

"The Delta variant spreads much faster, so we’re seeing it spread through a population more quickly," Dowdy said.

He also said it’s too late to stop this surge from happening.

"I don’t think we can prevent the surge from happening, but we can prevent it from getting large enough that it will impact the health of the community," Dowdy said.

If you’re planning on visiting the state fair, Mayo Clinic suggests getting your shot and wearing a mask – even outdoors.