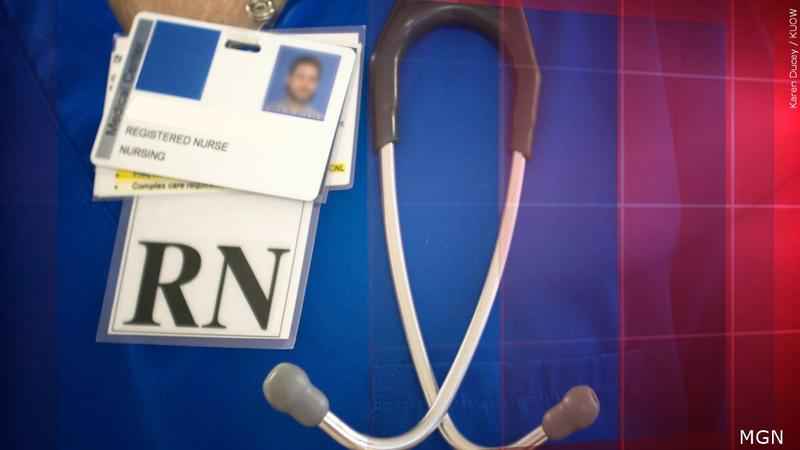 (ABC 6 News) – Nurses with the Minnesota Nurses Association (MNA) announced last week that they will hold a strike vote on Monday.

Approximately 15,000 nurses in the Twin Cities and Twin Ports are fighting for fair contracts and to hold healthcare executives accountable to put patients before profits, according to the MNA.

If passed by a supermajority of nurses, the vote would authorize nurse negotiation leaders to call a strike following a 10-day notice to hospital employers.

Such a strike of 15,000 nurses would be one of the largest nurse strikes in U.S. history and would be the first time Twin Cities and Twin Ports nurses took such action together in contract negotiations.

The MNA, an affiliate of National Nurses United, says the strike authorization vote comes as nurses have negotiated for five months with hospital executives, and have worked without contracts for the last several months.

The MNA says since negotiations began in March, nurses have pressed hospital executives both at the bargaining table and in public over the need to negotiate with nurses to solve the crises of short-staffing, retention, and care in hospitals.

The MNA claims that Minnesota hospital CEOs have refused to address these issues in negotiations with nurses, leading nurses to take a strike vote on Monday. While nurses seek solutions to short staffing and retention, hospital executives have insisted on focusing on wages.

“Corporate healthcare policies in our hospitals have left nurses understaffed and overworked, while patients are overcharged, local hospitals and services are closed, and executives take home million-dollar paychecks,” said Chris Rubesch, RN at Essentia in Duluth and First Vice President of the Minnesota Nurses Association. “Nurses have one priority in our hospitals, to take care of our patients, and we are determined to fight for fair contracts so nurses can stay at the bedside to provide the quality care our patients deserve.”

To learn more about the Minnesota Nurses Association CLICK HERE