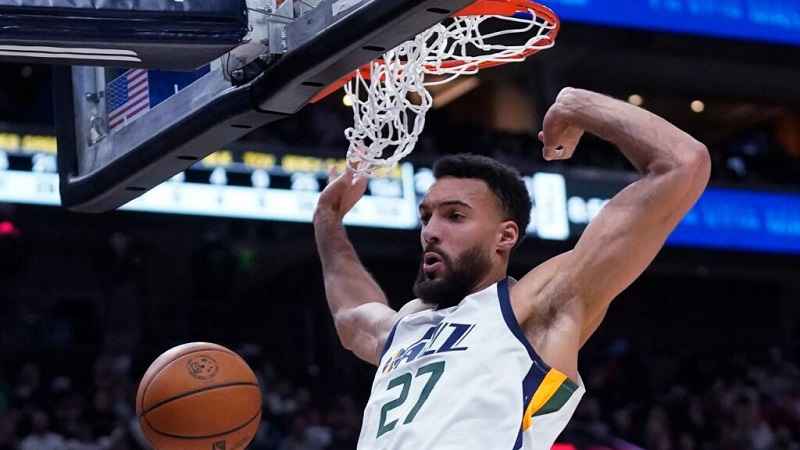 FILE - Utah Jazz center Rudy Gobert dunks against the Houston Rockets during the second half of an NBA basketball game on Feb. 14, 2022, in Salt Lake City. Gobert has been traded by the Jazz to the Minnesota Timberwolves for a massive package of players and draft picks, a person with knowledge of the blockbuster deal said. Utah is getting four first-round picks between 2023 and 2029, along with Patrick Beverley, Malik Beasley and a first-round pick this year in Walker Kessler, according to the person who spoke to The Associated Press on Friday, July 1, 2022, on condition of anonymity because the NBA had not approved the deal and neither team could announce it publicly. (AP Photo/Rick Bowmer, File)

The team officially announced the blockbuster trade with the Utah Jazz on Wednesday morning. The trade was initially reported Friday afternoon.

Since it was first reported Friday afternoon, the trade has been widely debated by members of the NBA media.

In exchange, the Wolves are getting a three-time NBA Defensive Player of the Year and the league’s leading rebounder last year to pair with star Karl-Anthony Towns and ascending young talents in Anthony Edwards and Jaden McDaniels as the organization looks to build on last year’s playoff berth that ended in a first-round exit at the hands of the Memphis Grizzlies.

Beverley played 58 games for the Wolves last season and averaged 9.2 points, 4.1 rebounds and 4.6 assists per game.

Beasley played in 130 games for the Wolves after he was acquired from the Denver Nuggets in 2020, averaging 15.1 points, 3.5 rebounds and 1.8 assists per game.

Vanderbilt played in 140 games since being acquired in the same trade from Denver with Beasley and averaged 6.1 points, 7.1 rebounds and 1.2 assists per game.