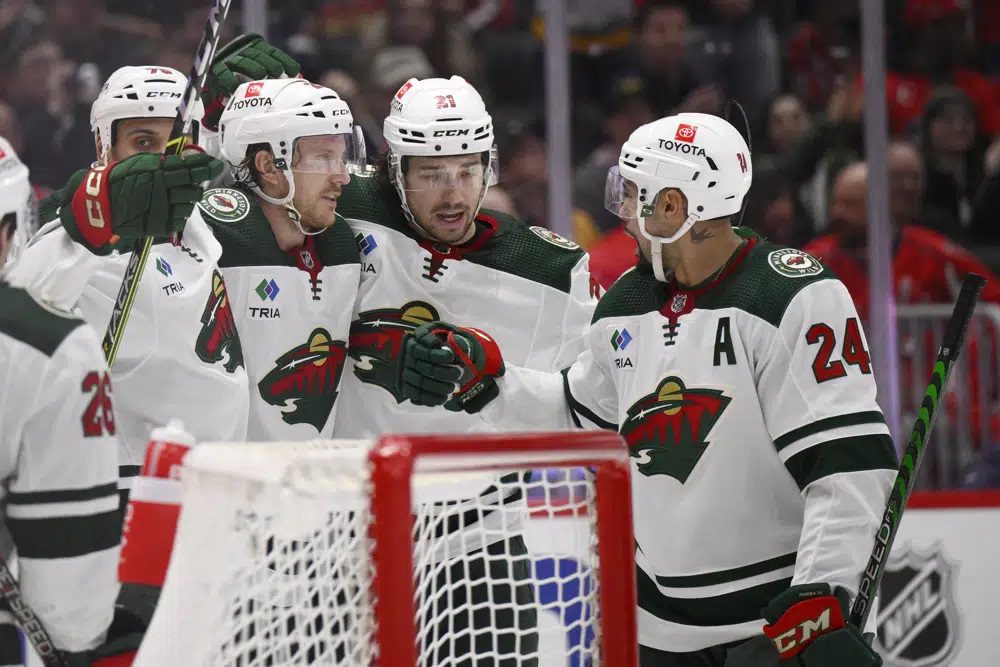 WASHINGTON (AP) — Captain Jared Spurgeon scored twice, fellow defenseman Jonas Brodin also had a goal with traffic in front of the net and the Minnesota Wild beat the Washington Capitals 4-2 on Tuesday night to extend their winning streak to three games.

All three Wild goals came with a big forward setting a screen in front of Washington’s Charlie Lindgren: 6-foot-6 Jordan Greenway on Spurgeon’s first, 6-2 Ryan Reaves on Brodin’s and 6-2 Brandon Duhaime on Spurgeon’s second that put Minnesota ahead late in the second period. Reaves also had an assist, and Duhaime fought Nicolas Aube-Kubel.

Big bodies blocking Lindgren’s view compensated for the Wild being outshot 36-22 by the Capitals, who were playing the second half of a back to back after rallying to win in overtime Monday at the New York Islanders. The Wild erased multiple deficits in this one and sealed it with an empty-netter from Joel Eriksson Ek to get their trip off to a strong start.

Filip Gustavsson made 24 saves, including a right-heel kick stop with the puck on the goal line in the final minutes, validating the coaching staff’s decision to start him instead of going back to three-time Stanley Cup winner Marc-Andre Fleury.