Prep of the Week: Ella Babcock

For pitcher Ella Babcock, she made quite the reintroduction in a season-opening no-hitter victory.

"It is my first one on the varsity team, but I’ve thrown them within the club season and our KoMets, the JV, yes," Babcock said.

"She was, you know, excited to be out there on the mound," head oach Paul Mann reflected. "And the way she started the first couple of innings, she was dealing, she was getting strikeouts. And it really allowed her and the rest of the team to really settle in."

It’s all in a day’s work of course, the selfless junior reinforcing that she’s only one part in making the team successful. 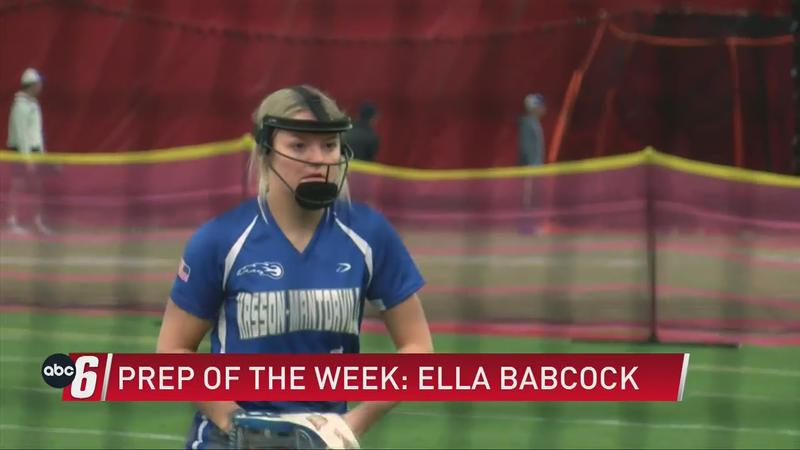 Not that it was going to be easy, the Pine Island panthers had the count in their favor a few times before Babcock got it all under control.

"Oh yeah, there was a few times where I was even 3-1 or 3-0," Babcock stated. "There was a lot of battling back to do, there was a few counts where they had a few foul balls but, yeah, it was a hard battle for a few of the pitches, yeah."

"She threw her change up enough to keep them off balance," Coach Mann said. "And once she saw them the second, third time through, she had enough pitches to keep the girls guessing."

There’s plenty of unfinished business Babcock and the KoMets aim to complete. And the junior’s no-hitter is just the start of what she and the rest of the team can do.

"Our team has been talking ever since last season that this is our comeback season, we’re going to take it this year," Babcock affirmed. "And it was a great start with momentum, energy… all of it was just amazing and I can see us still improving throughout the season because it’s only the first game."