Prep of the Week: Bennett Berge

Five straight state titles with Mr. Minnesota honors as the final cherry on top of an undefeated season no less.

"That list is pretty — pretty high accolated guys are on that list," Berge noted. "It’s a very cool honor and I’m grateful for it."

"I think it was probably 10:30 when we got out of the [Xcel Energy Center] and they headed straight to Lincoln, Nebraska," Bennett recollected. "So, they had an eight-hour drive. drove straight through the night and watched my brother take third at [the Big Ten Tournament]. 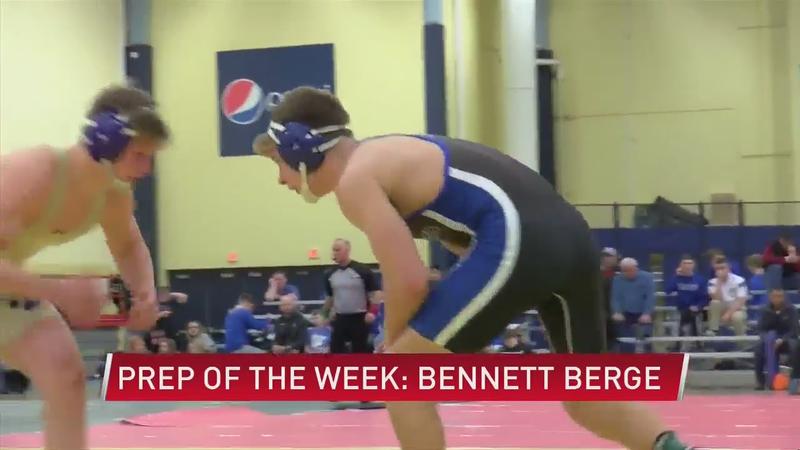 But, Bennett ever so humble, is more satisfied he helped put the KoMets further on the map.

Berge’s now at South Dakota State where he’s bound for bigger competition. His inner drive is sure to rub off on others like it has for Kail Wynia, who is joining Berge in Brookings.

"He’s always been, like, super competitive," Wynia discussed. "He hates to lose, he really cares about, like, his team, he’d do anything. Kind of like his habits, I try to be smart about training, like kind of everything that he does."

For all his success, Berge always leaned on the KoMets community as a source of fuel. And his pedigree will ensure the fans back home can be proud of yet another KoMet out to greener pastures.

"The support through the school and through the community is awesome and I’m telling you, I don’t think there’s more support in any other school district."