On the opening drive, junior Elijah Solum found the edge for a 5 yard rushing touchdown, capping off a 12 play, 77 yard drive. 7-0 Lions.

After a fumble by the Rangers, Solum hit a wide open Tysen Grinde for 43 yards on the first play of the drive for another Lions touchdown.

With 2:19 left in the first, the Rangers mishandle a punt, Lions would recover. Three plays later, Hunter Holland, bulldozes defenders getting in for another Lions touchdown from 14 yards yards out, 19-0.

In the final seconds of the 1st quarter, senior Caleb Griffin intercepted a deep pass from Asher Zubich. With 2:41 left in the 1st half, the Rangers get on the board when Damian Tapio punches it in from 11 yards out, 19-8. 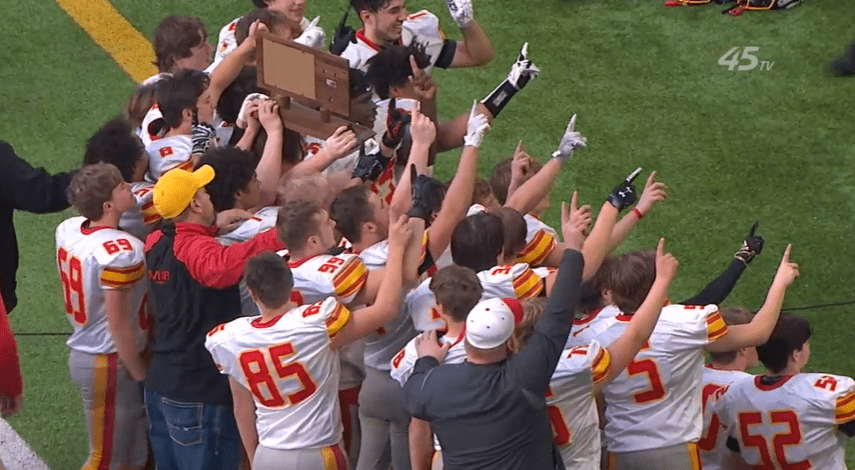 The Lions looked to run away with this one, but the Rangers keep it within reach, tacking on another score as Zubich found Nik Jesch in the endzone for six more. 19-14.

Turnovers would continue to be an issue for the Rangers, a fumble in the third quarter would lead to a another rushing touchdown from Elijah Solum from 12 yards out, 25-14.

The Rangers wouldn’t give up the fight, with 10:21 left in the game, Zubich finds a wide open Tiley Busch who takes it to the house for 63 yards. Two point conversion try would be unsuccessful, 25- 20.

Rangers finding ways to control the momentum in the fourth quarter, Solum’s pass attempt was picked off by Micaden Clines. Rangers would threaten to score, but Jaxon Strinmoen makes the play of the day, intercepting Asher Zubich pass at the goal line.

Rangers get an interception of their own. under four minutes left, they keep it on the ground pounding the wildcat runs. Damian Tapio would get the Rangers their first lead of the game with a 10-year run in the endzone. Two point conversion was was good, Rangers lead 28-25 with just 21 seconds left.

Last gasps for Spring Grove come up short, as the Rangers rally to claim the 9-man title, defeating Spring Grove 28-25.

We‘ll have highlights and reaction tonight on ABC 6 News.