The Milwaukee Bucks have announced their roster for the NBA 2K23 Summer League in Las Vegas.

After going undrafted in the 2021 NBA draft, Hurt signed a two-way contract with the Houston Rockets on August 13, 2021, splitting time with their G League affiliate, the Rio Grande Valley Vipers. However, he was waived on September 24, before training camp.On October 14, Hurt signed with the Memphis Grizzlies, but was waived two days later.

On October 23, he signed with the Memphis Hustle as an affiliate player. 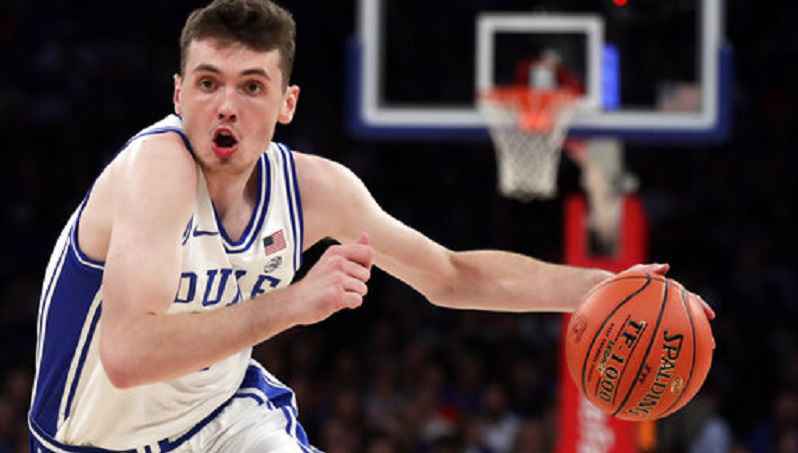 Duke forward Matthew Hurt drives to the basket during the second half of the team's NCAA college basketball game against Kansas on Tuesday, Nov. 5, 2019, in New York. (AP Photo/Adam Hunger)

Hurt spent two seasons at Duke University and declared for the NBA draft following a breakout sophomore season in which he became the Atlantic Coast Conference’s top scorer.

Hurt played six varsity seasons for the JM Rockets with more than 3,000 career points, with over 1,000 from his senior year alone. Hurt was been named Minnesota Mr. Basketball in 2019. He’s the first-ever basketball player from Rochester to be named Mr. Basketball. Hurt committed to play basketball for the Duke Blue Devils in April of 2019.

Milwaukee will kick off Summer League play on July 8 against Brooklyn.