HS Football Preview: Kingsland will play together, not against each other

(ABC 6 News) — A year ago, Knights football was out of sync and in a low place from a teamwork standpoint.

Fed up and frustrated, a seniors meeting was called to say enough was enough.

Once that got done, we need to have high-energy practice, high-tempo practice. Step three is go out and start fast and compete in football games.”

The Knights are looking at 2022 with the mindset of winning for each other. Especially in the first few weeks after starting quarterback Kale Mensink injured his foot in the offseason. 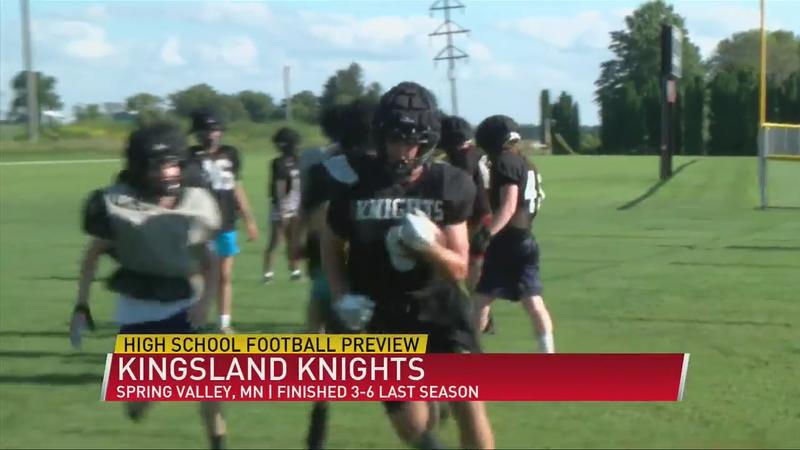 “I tore a ligament in the middle of my foot but I’m only going to miss three games,” Mensink explained. “So we’re going to come back and make the most of the rest of the season too.”

Adding to their list of tough tasks is the gap left by Kaden Rath and James Howard, a 1-2 punch at running back and on defense. That space is where Beau Wiersma must take the next step in his progression.

“Beau is somebody that I would call in the one percent group as far as his work ethic,” Knights Head Coach Matt Kolling effused. “He eats right he works out, he holds the ball well, runs very low, he just does all the little things right.”

“I love scoring touchdowns, I love everything, I just love the game of football really,” Wiersma agreed.

Kingsland is still a young team, yet these Knights’ stand-together mindset is already a sign the team has matured. More importantly, it could be a sign of things to come for Kingsland football.

“You know, it’s just a buy-in thing,” Mason continued. “Every single person on the team I feel has bought completely in and they’re willing to do whatever it takes.”

“We got guys that put in a lot of time and work very hard and I think that’s going to translate onto the field this fall,” Mensink concluded.

“On bad teams, nobody leads; on good teams, coaches lead; and on great teams, the players lead,” Coach Kolling stated. “And we have some players now that are stepping up and filling that role, it’s really good to see.”

The Knights open their season against Renville County West at home, Friday at 7 PM. Kingsland also plans to have Mensink back halfway through the season, just in time to play at defending district champion Lanesboro on September 30.