The elder legion team known as the Rochester Redhawks was in control for a majority of the second-round playoff game against Stewartville.

They took a 2-0 victory into the bottom of the seventh, but Stewartville’s Colton Parker and Owen Sikkink both hit RBI singles to tie the game and force it into extra innings.

Stewartville will face the top-seeded Rochester A’s (Century’s alter-ego) — who got beat Byron 5-4 in their second-round matchup — on Wednesday at 8 p.m. 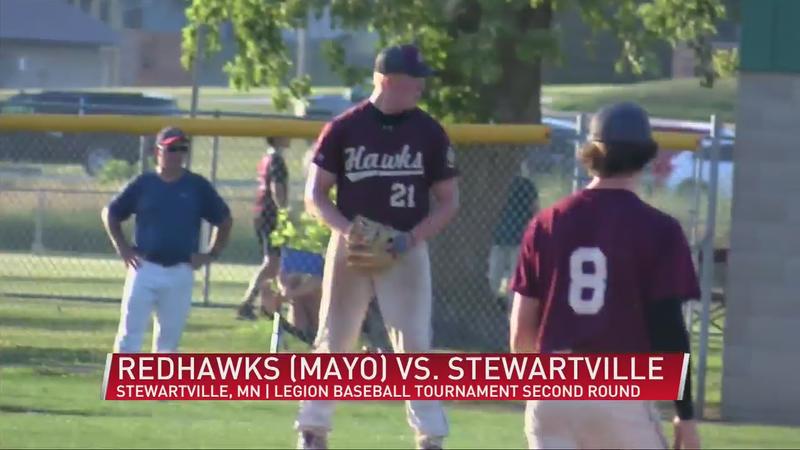 As for the Mayo VFW team, they climbed back from an early 4-run deficit to end the three-game series with Albert Lea and win the division championship. Ethan La Brash led the team with 3 RBIs, Alec Sadowy had 2 as the Spartans scored seven runs combined in the fifth and sixth innings to get the 12-10 victory.

The VFW team advances to the district playoffs, where they will face Winona on the road this Saturday.