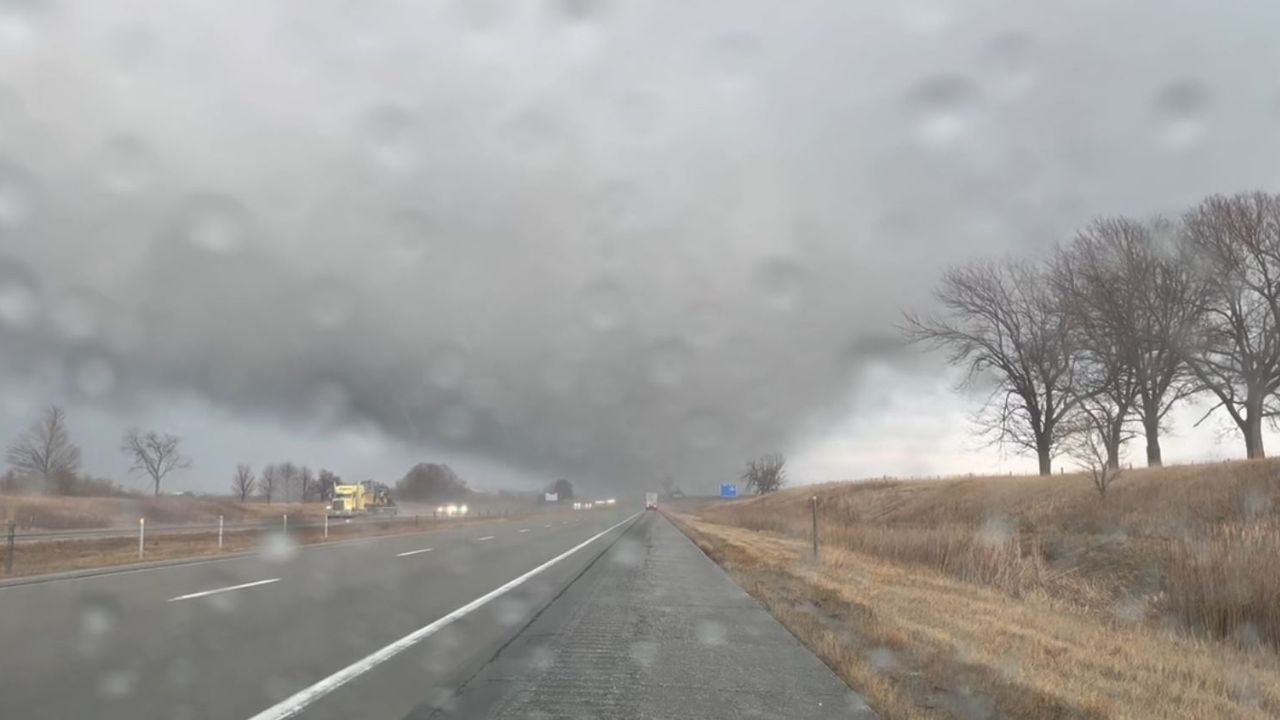 The National Weather Service (NWS) office in Davenport, Iowa said the first tornado touched down at around 2:00 p.m. near Interstate 80 just east of the Williamsburg exit in Iowa County. A semi-tractor trailer and a passenger vehicle were blown off the interstate as the tornado passed, no injuries were reported. The tornado also caused minor damage to a cattle shelter, and tree damage at a farm before lifting. It was on the ground for roughly 8 minutes along a path estimated at around 5 miles. The tornado was rated EF1 with estimated winds at 90 mph.

NWS officials say a second tornado briefly touched down around 2:50 p.m. near Ely in Linn County. The tornado caused no observable damage and was rated an EF-U, meaning there wasn’t enough damage to evaluate. No other damage was reported.