(ABC 6 News) – An 18-year-old was cited with failure to assist in a serious scooter crash last week.

Bill Gum Benjamin of Rochester has been cited according to Minnesota’s Good Samaritan law, which states that "a person at the scene of an emergency who knows that another person is exposed to or has suffered grave physical harm shall, to the extent that the person can do so without danger or peril to self or others, give reasonable assistance to the exposed person."

Benjamin allegedly witnessed a moped crash, wherein a victim veered off the road and hit a concrete pole and a car.

According to witnesses and surveillance video, Benjamin found the victim laying on the ground and videotaped him. 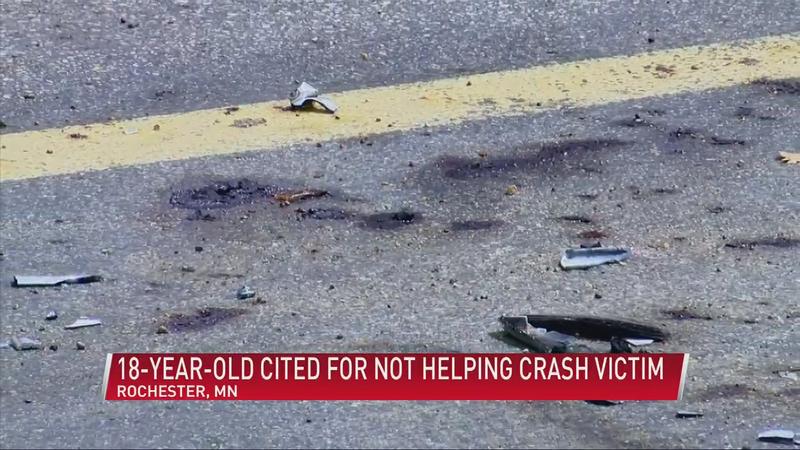 Police say he then uploaded the crash video to social media app Snapchat, made a racial slur, and then walked away without calling 9-1-1.

Failure to provide aid by at least attempting to contact emergency services is a petty misdemeanor. Benjamin faces a fine of $140.

The crash victim was taken to the hospital in critical condition.