(ABC 6 News) – Supply and demand are issues that have hit almost every industry over the last few years. Now, auto dealers and repair shops are the latest on the list.

Over the last two years, the auto industry has been hit hard with manufacturing issues and staffing shortages, affecting everything from new cars coming off the line to spark plugs.

In 2020, car dealerships were at a standstill. because computer chips that control some vehicle functions weren’t even being made.

"The chip shortage that was kind of the initial big thing most of those chips came out of Asia. And those were a series of COVID related man power shortages in the factories that shut that down," said Rochester Chevrolet and Cadillac store manager Travis Hunzeker.

Now, the chip shortage is easing up and manufacturers are able to move forward, but other issues with car parts are going in reverse. 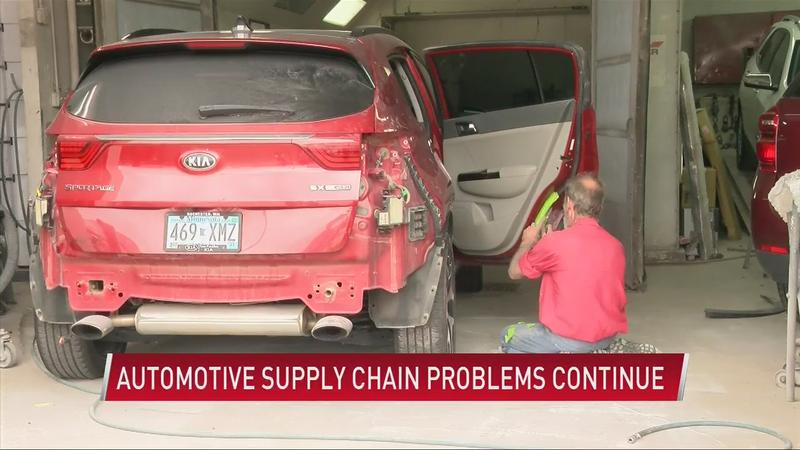 "Somethings go on backorder and it take a long time to get them. Some people are real patient with us. Some people are mad because they can’t get their part immediately," said Little Bob’s Auto Repair Center owner Bob Ludwig.

He added, most of the repair jobs he gets at his shop the parts used to take maybe a week or two to get, and now he and his customers are having to wait a month or more. That long wait is causing his customers to drive around in damaged cars, and there’s no way to fix that.

And, what happens if the car is un-drivable?

"We’ll do our best to get them in a vehicle. You know a loaner to get them to drive if they can’t drive theirs, but we don’t have a lot cars either because of the inventory shortage. So, it’s tricky," said Travis.

With the supply staying so low and the demand going up that’s causing a price spike. In just the last few months prices for simple parts have skyrocketed.

"It’s not a big deal usually, but the price of that fender went up 63 dollars in less that two months," said Bob.

Both Bob and Travis say we’re not out of the woods yet, Travis adding he thinks it could take a year for the price and availability of parts and cars to go back to normal.