The Rochester Fire Department (RFD) was dispatched to a reported structure fire at 233 County Road 16 SE in High Forest Township at 2:09 a.m. A person at a residence about 1 mile north of the property saw the fire and called it in.

RFD crews arrived and found a large abandoned house fully engulfed in flames. RFD said it took several hours to get the fire under control due to a large fire load and limited water supply because the fire was located in a rural area without fire hydrants. RFD was able to dispatch tanker trucks for water supply including one from the Stewartville Fire Department.

RFD said they attempted to contact the property owner, but was unsuccessful.

There were no injuries. RFD said the scene is under investigation. 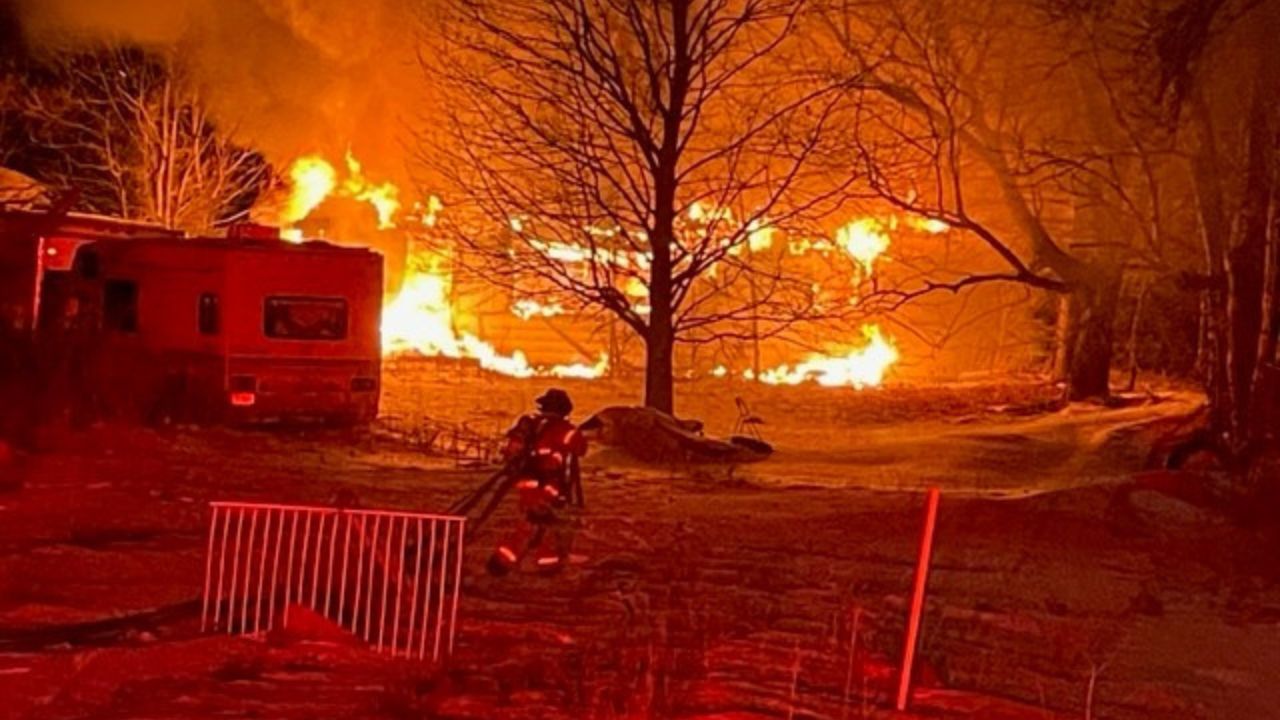